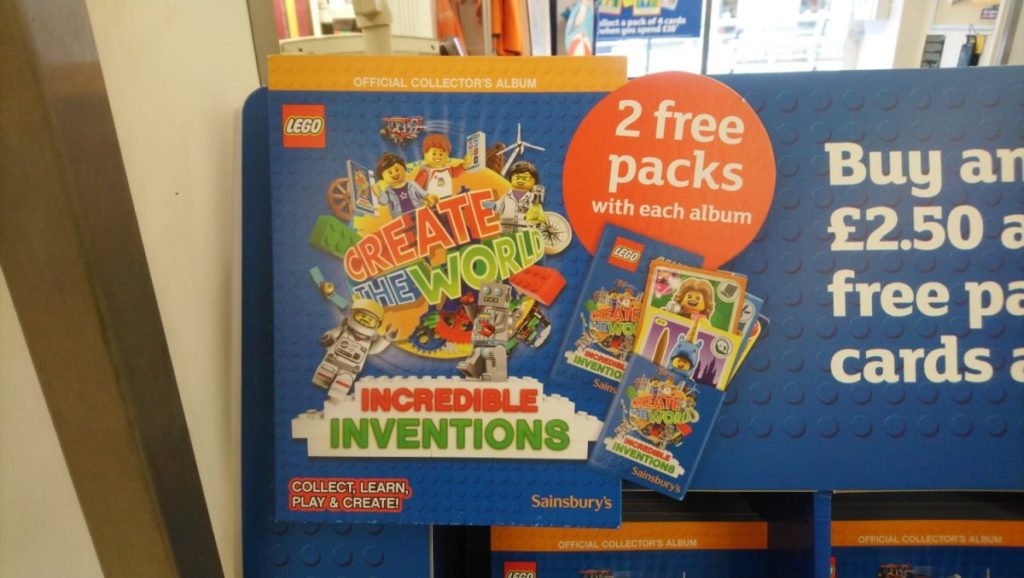 After last year’s LEGO Create the World trading card promotion became a playground hit, Sainsbury’s has teamed up with the LEGO Group again for a second series of trading cards.

LEGO Create the World: Incredible Inventions is the new series of trading cards available exclusive at Sainsbury’s in the UK. Spotted in-store today, it is a follow up to the successful 2017 Create the World promotion, that comprised of a collector album, 140 cards and a special LEGO set.

A stand full of collector albums was spotted in a Sainsbury’s store today. Each album, designed to store the trading cards, costs £2.50 and comes with two free packs of trading cards. 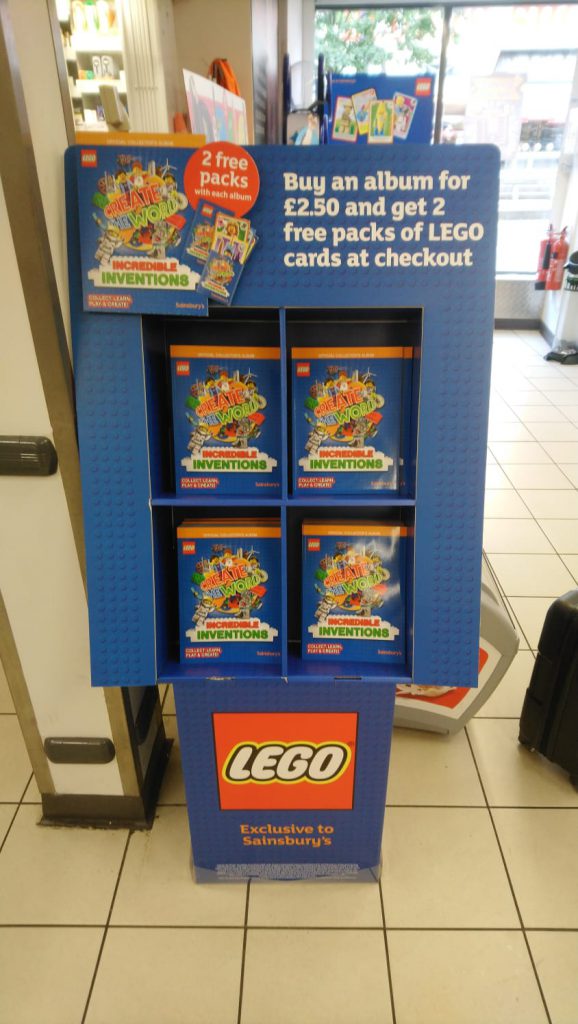 In this promotion, customers are rewarded when shopping at Sainsbury’s for how much they spend. For every £10 spent, a pack of four trading cards is given to shoppers at the checkout. Whether packs will also be sold, as they were last year, is currently unconfirmed.

When Create the World launched last year, it became very popular with children who were eager to collect the full set – so much so that the trading card albums became scarce and sold for excessive prices on selling platforms after the promotion had ended.