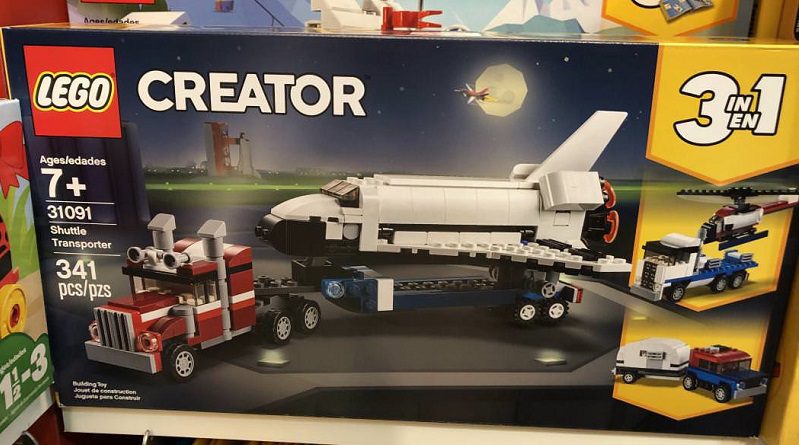 Someone has skipped a few pages on the calendar in Canada, with LEGO Creator sets due for a 2019 release already appearing on store shelves.

A selection of LEGO Creator sets that are due for a 2019 release have been found at Canadian store, Mastermind Toys. The  four new LEGO Creator sets all offer the usual 3-in-1 build experience, allowing the bricks in the box to build three different models, although not at the same time. These images were picked up by the Brick Fan, who found them on Reddit.

31086 Futuristic Flyer lives up to its name, offering a robot as one of the alternate builds. As well as two different off roaders, 31087 Dune Buggy can be re-calibrated as an aircraft. 31089 Sunset Track Racer can be one of two cars or what looks to be a hovercraft with a design that would look right at home in Star Wars. 31091 Shuttle Transporter offers the most versatility, which can be built into a helicopter transporter as well as a car and caravan.