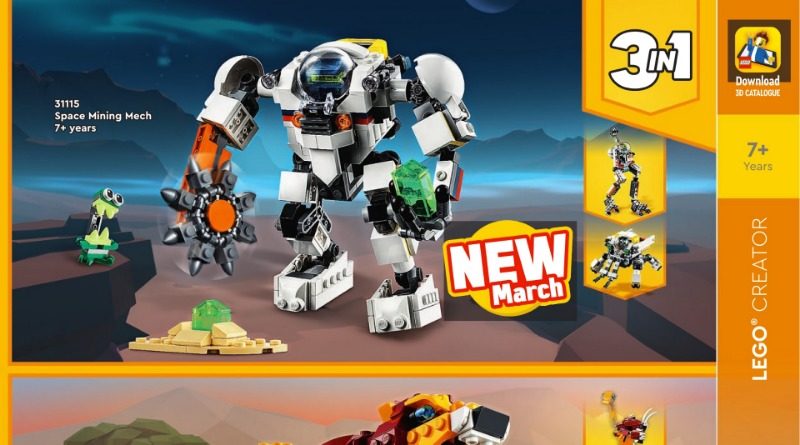 LEGO Creator 3-in-1 is heading into space and going on safari in 2021, with four new rebuildable sets arriving in February and March.

The New Zealand consumer catalogue has revealed two new additions to the LEGO Group’s in-house theme, and given us a closer look at two previously-revealed sets. 31115 Space Mining Mech takes the action back into a galaxy probably quite close by, with a colour scheme to match this year’s 31107 Space Rover Explorer.

31116 Safari Wildlife Tree House, meanwhile, includes a brilliant brick-built giraffe, dog or crocodile, depending on which of its tree house, biplane or catamaran builds you opt for.

The safari theme continues with 31112 Wild Lion, which we’ve already seen in low-res. The catalogue gives us a much better look at the ferocious beast, though, which takes great advantage of the LEGO Group’s many shades of yellow.

Finally, we’ve got a much better look at 31118 Surfer Beach House, which continues the longstanding trend of beach houses in the Creator 3-in-1 theme. Alternate builds this time include a lighthouse and leisure centre.

If you prefer your Creator sets on the Expert side of things (regardless of whether the Creator Expert label actually exists anymore), 10278 Police Station will join the Modular Buildings Collection on January 1.