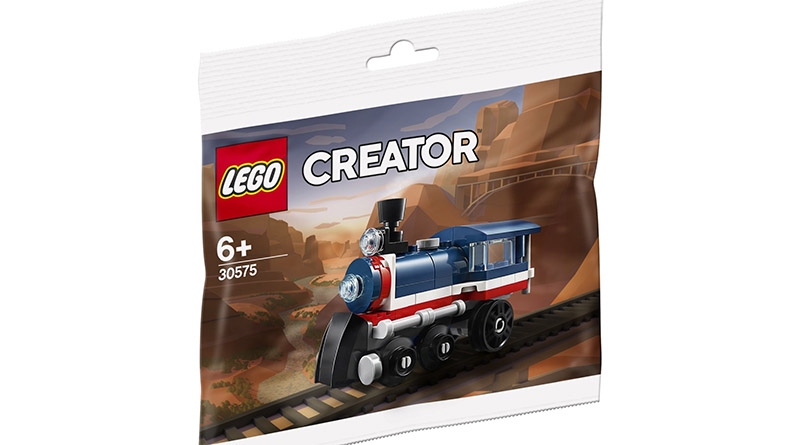 New polybags keep turning up in the USA, with LEGO Creator 30575 Train discovered at Target.

Each year, the LEGO Group releases a new wave of polybags to whet the appetites of fans for the new products and themes. LEGO Creator 30575 Train is one of the new little sets for 2020 and has turned up at Target in the USA, the Brick Fan reports.

While the price is not confirmed, polybags usually cost around $5.

During International Toy Fair, new LEGO Creator sets were announced for later in the year, including 31109 Pirate Ship. Seven new sets launched a few weeks ago:

Today saw the release of a video in which Peter Schmeichel pays tribute to both his Danish heritage and Manchester United career. The highly regarded goalkeeper is secret agent ‘Safe Hands’ in the video, transporting LEGO Creator Expert 10272 Old Trafford – Manchester United from Denmark all the way to Old Trafford in Manchester, so it can take pride of place for the stadium’s 110th anniversary.