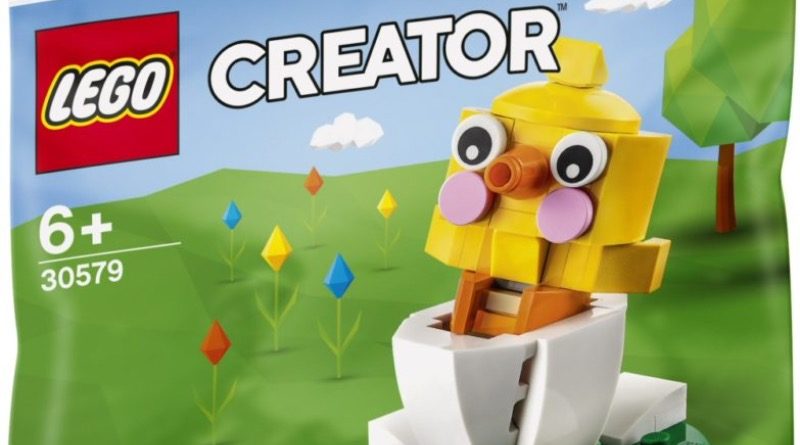 The upcoming LEGO Store promo Creator 30579 Easter Chick Egg is already available to buy at Target stores in the US.

You’ll be able to bag the 52-piece model for free at LEGO Stores from March 15 to April 5 (or while stocks last) with a $40 spend. But if you’d rather just buy the seasonal polybag outright, you might want to make a beeline for Target.

That’s because – as reported by The Brick Fan – you can now pick up the adorable hatching chick for $4.99 through both Target’s website and in its brick-and-mortar stores. If your LEGO shopping list is somehow empty at the moment, that’s probably as cheep (sorry, cheap) as you’ll find it.

Chances are, though, that your wish list has actually just ballooned a whole bunch, with dozens of new sets having launched at the start of the month. In that case, 30579 Easter Chick Egg will be the perfect excuse to stroll into a LEGO Store from March 15 and treat yo self to at least one or two new acquisitions.

Those of us in the UK won’t be so lucky, as LEGO Stores – along with all other non-essential retail – are still closed until at least April 12. We’ll just have to console ourselves with the LEGO Group’s other Easter-themed promo, 40449 Easter Bunny’s Carrot House, which will be available online from March 15 with a £60 / $60 / €60 spend.

Click through for the full list of LEGO sales and deals in March. And remember, you can help support the work that Brick Fanatics does – including bringing you news of when best to buy your new LEGO – by using our affiliate links.