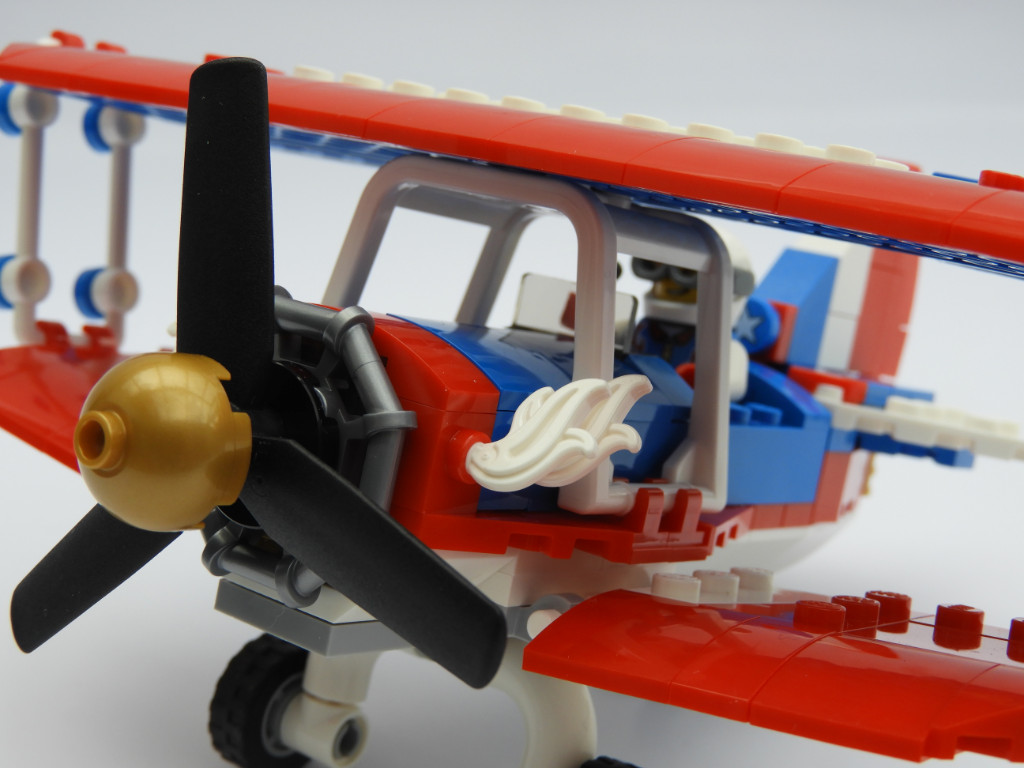 The concept of the Creator 3-in-1 theme is an interesting one, in that it actively encourages the idea of build, play and then collapse, build, play – somewhere in between there a stronger possibility than you’ll create something of your own. This all plays to the strength and creative possibilities of LEGO bricks, but as products, 3-in-1 Creator sets often have a strong main build accompanied by two weaker creations which let the theme down. 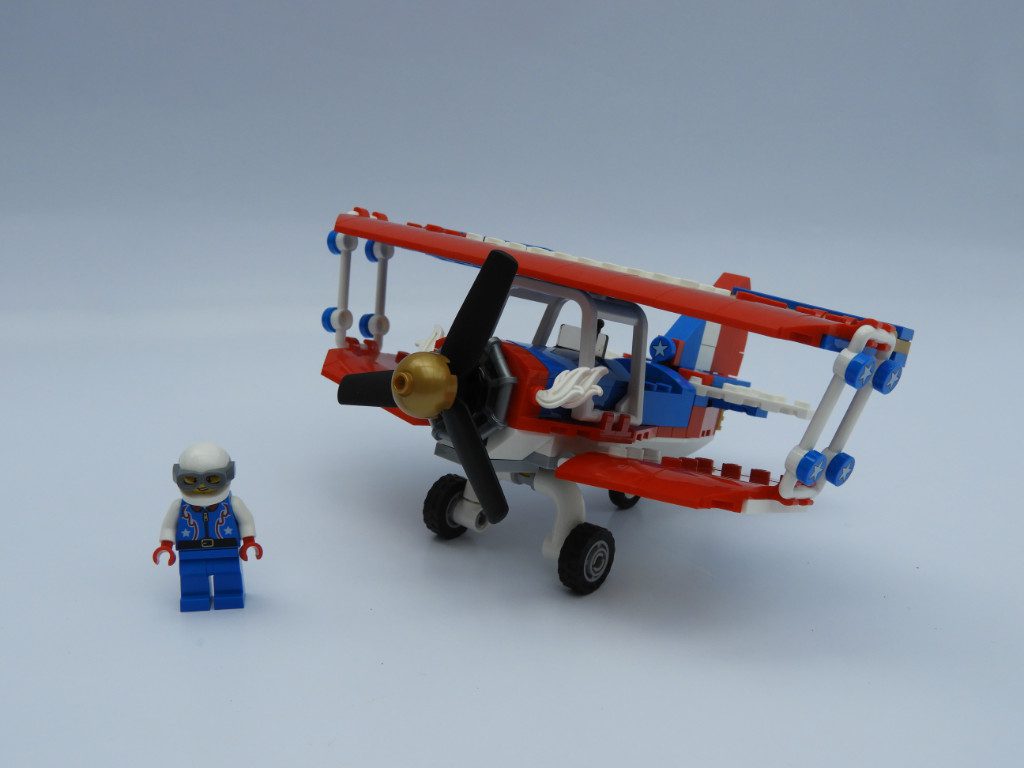 31076 Daredevil Stunt Plane is a striking build with a very effective red, blue and white colour scheme with some very neat splashes of pearl gold adding nicely to the overall aesthetic. The colour scheme is very reminiscent of the late, great Evel Knievel, especially with the use of the star-printed 1×1 round tiles that decorate the plane.

As fans would expect, the plane is also equipped with a wheeled undercarriage and a propeller. When stationary I particularly like the rising angle of the plane, which is fairly realistic. By far my favourite finishing touch is the use of white plume parts which pour out of the side of the plane’s engine, giving a wonderful sense of movement.

The build process is fairly satisfying but not complex experience. I particularly liked the way the rudder is constructed and attached to the rear of the plane while also neatly maintaining the colour scheme. The star of this build is the construction of the wings, which are very well executed and the use of slope parts are extremely effective at giving an aerodynamic feel.

The stuntman minifigure has has a nice printed torso with white arms and red hands to represent gloves. The inclusion of goggles on the white helmet works really well and finishes the minifigure off nicely. The addition of a pilot may have improved the set, as I’m not convinced of the merits of wing walking an unmanned plane.

The additional builds are a rocket car and rocket boat. In comparison to the stunt plane they are not as appealing and I wrestled with the thought of collapsing the plane to construct these vehicles – maybe that says more about the main build and how well it’s been executed. In fact, the stunt plane is so well done that it could quite easily be a standalone set with the need to be tagged to the 3-in-1 theme.

This is a great little set which I am sure will appeal to many as it is wonderful to look at as well as having tons of playability.

31076 Daredevil Stunt Plane is available now at shop.LEGO.com. You can help support Brick Fanatics’ work by using our affiliate links.