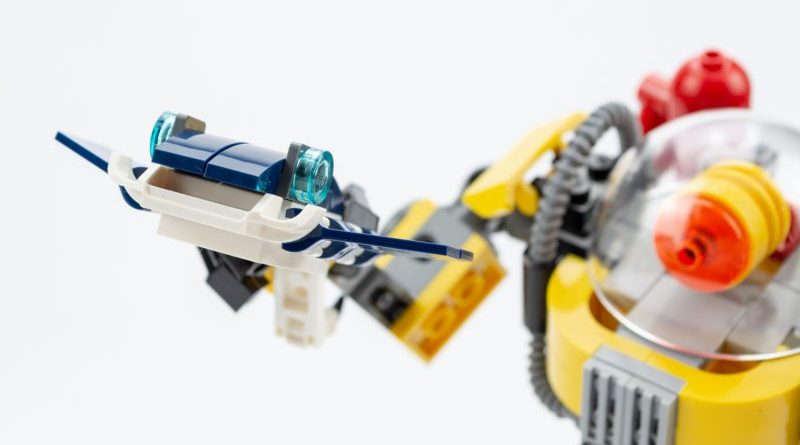 Brick Fanatics takes a deep dive to explore 31090 Underwater Robot, one of the recent aquatic-themed LEGO Creator 3-in-1 sets

LEGO has shown a penchant for underwater-themed sets over the years and with mechs continuing to be a popular design across the ranges, why not release one in the form of 31090 Underwater Robot? Although there is often specific inspiration behind LEGO sets, I wasn’t able to find a particular reference for this yellow underwater robot, looking somewhere in-between a deep-sea diver and Robby the Robot from Forbidden Planet. That said, it doesn’t detract from the fact that it makes for a pretty fun build with posable arms and legs providing variable display options. 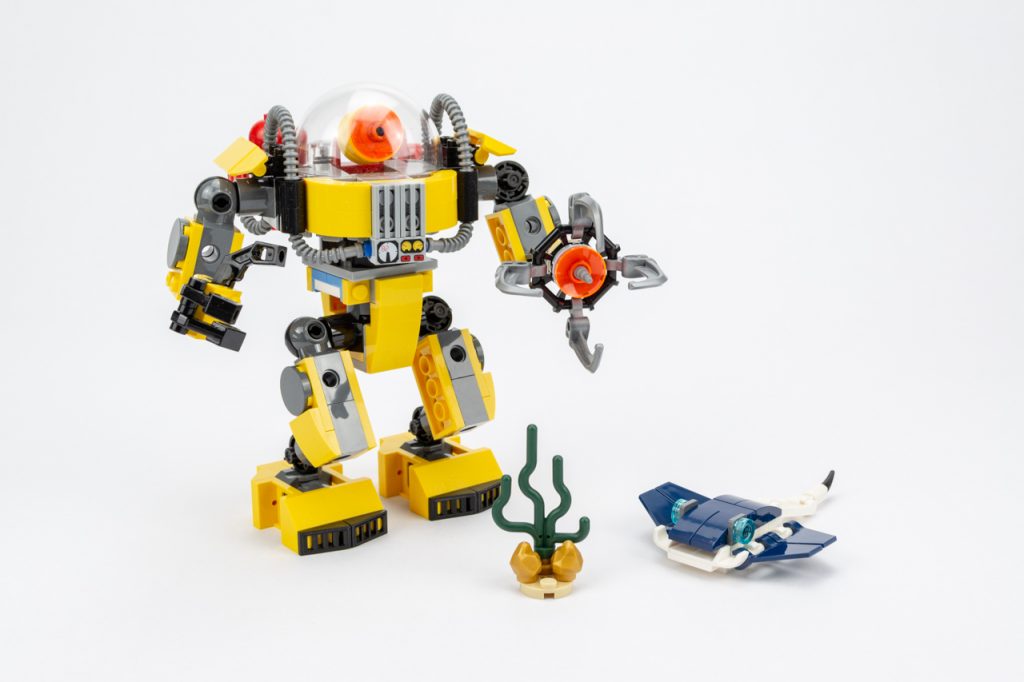 As the 3-in-1 name implies, you can build three different models from this one set with separate instruction booklets provided, each one varying slightly in skill level and design aesthetic. Unfortunately, they can’t be built at the same time, so should you want to do that you’d need to purchase three copies of the set. But you already knew that.

Of the three available models, the primary design is the underwater robot which includes a mini (really mini) build consisting of some seaweed and rocks along with a pretty cool manta ray. It may only require 10 steps to assemble, but it’s a pretty good representation with so few pieces.

The upper torso of the mech is built first and uses some fairly straightforward, but by no means less effective, SNOT techniques to achieve some of the curved shaping. One part that also stood out was the use of ribbed hoses that pass from the red oxygen tanks to the front adding more flow to the shape; a technique which the designer makes great use of throughout all three models.

Next, the legs are built using strong friction joints to attach to the main body, providing the stability needed to withstand heavy play from childr – and certain adults, no doubt. As can be quite common with robot builds, there is a fair amount of repetition when building two sets of arms and legs, bar the subtle difference due to each side being a mirror of the other. One arm does, however, feature a grabbing hand-like feature at the end, with the other consisting of a drill bit & moveable claws. 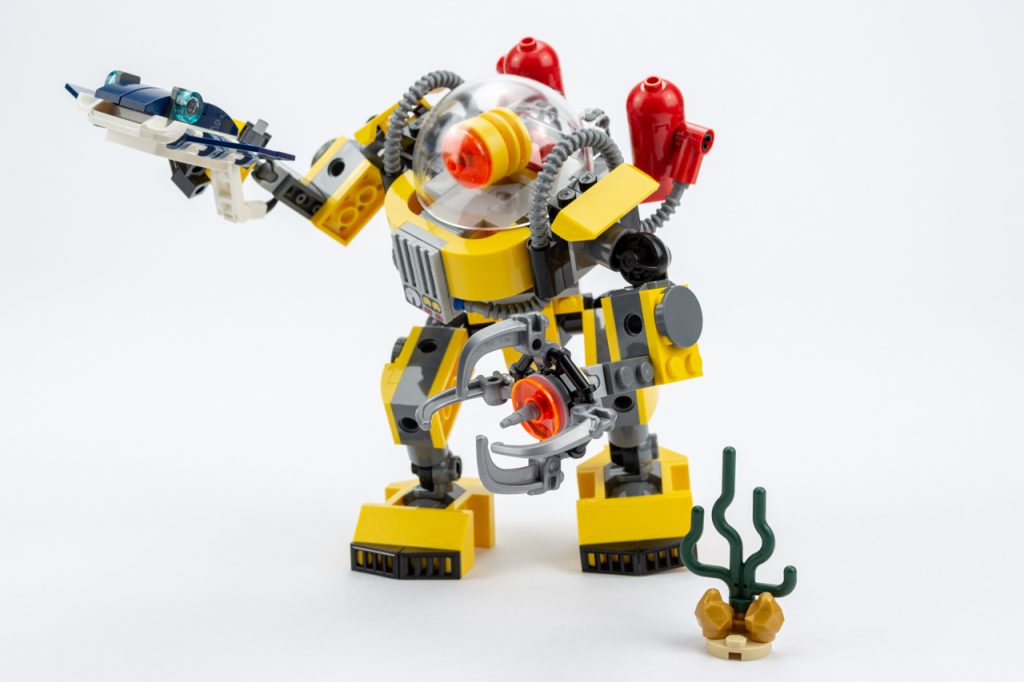 Model number two is your classic one-man underwater explorer submarine, and also my personal favourite of the three. It has a design that is fairly familiar to most people and an appearance very similar to 60092 Deep Sea Submarine from 2015.

The build itself is nothing difficult, comprising a bubble-glass cockpit area, along with the twin oxygen tanks on the back and two robotic claws for underwater manoeuvres. The cockpit is actually big enough to sit your favourite minifigure, unfortunately none of which are included in the set, but I’ve added one to demonstrate for the purposes of these photos.

It is still an enjoyable build, I found I engaged more with it simply because I can involve a minifigure, but that’s personal preference. Maybe the LEGO Group got away with not including any minifigures simply because they named the set ‘Underwater Robot’, not ‘Underwater Submarine for One Minifigure’.

The last model is presumably another robot, with one claw on an arm that looks designed for sea-bed excavating. It has a solid base made of four legs (again there is slight repetition in the build, but it is quick enough that it’s not a bother), and a cockpit area with headlights above the roof. The reason this must be a robot is simply because of the lack of the bubble canopy piece. The oxygen tanks here also seem to provide pneumatic power to the claw, rather than create a breathable environment for an aquanaut. At only 36 steps, this is the simplest and quickest robot to build, but I was surprised by how a simple feature like the legs can elevate the overall aesthetic of the model.

This set is pretty generic 3-in-1 fare, unlikely to garner much attention from AFOLs or LEGO fans that aren’t into underwater machinery. That said, it has three very different models that are still enjoyable to build. The yellow colour palette is bright and inviting, and there are some nice parts here for those looking to MOC once the models have been built at least once. One to buy on impulse or if found on offer, if not there are other sets within the same price range that might appeal more.

31090 Underwater Robot is available now at shop.lego.com. You can help support Brick Fanatics’ work by using our affiliate links.