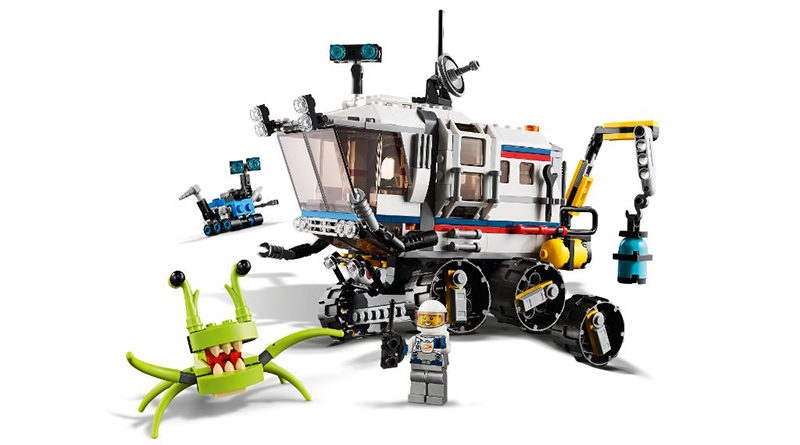 A full selection of official images has been shared for the upcoming LEGO Creator set, 31107 Space Rover Explorer.

It isn’t long until LEGO Creator collectors will be able to add three new sets to their stash – 31108 Caravan Family Holiday, 31107 Space Rover Explorer and 31109 Pirate Ship are expected to be released on June 1. They were announced back in January, before images turned up a few weeks ago.

Thanks to the retailer Kostickylega, fans can get a better look at the sets in large, clear images that make it easier to see the detail and offer a look at the alternative model.

Here are the official images for 31107 Space Rover Explorer:

Straight away, Classic Space fans will notice the familiar logo on the astronaut’s torso. As well as the bulky rover, the main model builds a robot and a green alien creature.

Two alternative builds are included, using the same bricks as the main model. The first is a lab/shelter and the second is a one pilot spaceship.

Images have also been released for the other sets in the wave – 31108 Caravan Family Holiday and 31109 Pirate Ship.