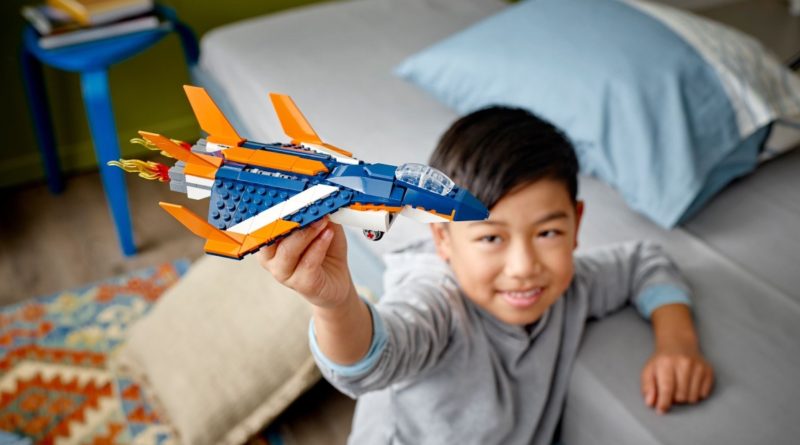 Six new LEGO Creator sets have joined the 2022 collection for the theme today, including a supersonic jet with a display stand.

LEGO Creator is aimed at audiences six and older but still appeals to those above that younger age range. Acknowledging this, one of the newest sets, 31126 Supersonic Jet, offers a way to display the set without having it lay flat on the ground or needing an alternative method made from your bricks.

Much like UCS LEGO Star Wars sets or expensive models such as 76193 The Guardians’ Ship, a display stand is included in 31126 Supersonic Jet that can be used to angle the jet in a flying pose. For those who prefer it without the display stand, the model includes folding landing gear.

The two alternate builds for this set include a helicopter and boat, and official images suggest that neither uses elements from the display stand, meaning it might be useful for posing them too.

Here’s every new LEGO Creator set you can find on the official online store from March 1:

Anyone hoping to complete the collection of LEGO Creator 2022 sets might also want to pick up 31129 Majestic Tiger, which launched at the start of the year before this latest wave. We’ve also given the model a full review.

Support the work that Brick Fanatics does by purchasing your brand new LEGO Creator sets using our affiliate links.