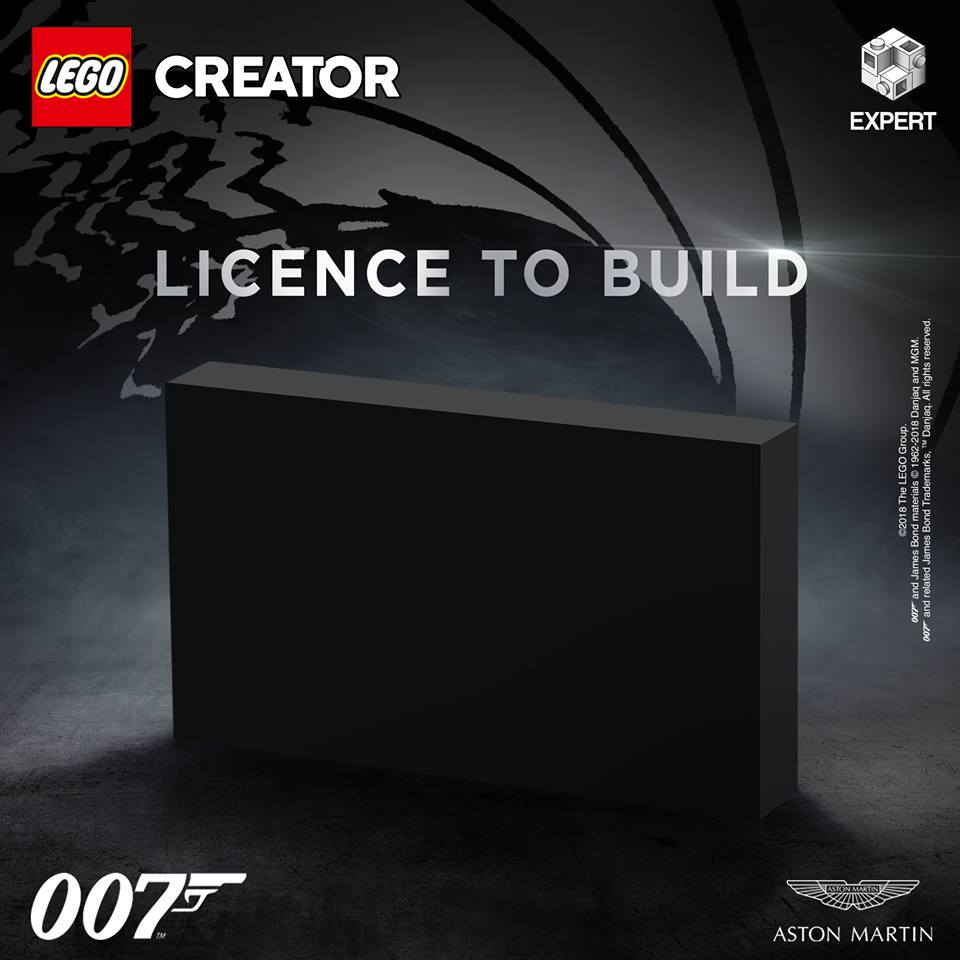 The LEGO Group has revealed that LEGO Creator Expert 10262 James Bond Aston Martin DB5 will be released in a box.

In one of the strangest teases yet, the LEGO Group has shared an image of a black box, with ‘LICENCE TO BUILD’ above it, and the LEGO, James Bond and Aston Martin logos featured. While fans may have struggled to conceive of how LEGO Creator Expert 10262 James Bond Aston Martin DB5 would be packaged, they now have confirmation that – like 99% of all LEGO sets – it will be in a box.

All of the information suggests that the LEGO Group will release the set on July 18, the same date fans are expecting it to be revealed at the LEGO Store Leicester Square. It seems that the LEGO Group is continuing a recent trend of not revealing select D2C sets until the day they will launch, rather than giving collectors the opportunity to plan their purchases in advance.

It is an unusual step for the LEGO Group to release a licensed set under the Creator Expert brand, suggesting that this will be a one-off rather than the beginning of a James Bond theme. As well as presumably being an authentic Aston Martin DB5 replica, the model is expected to be packed full of gadgets.