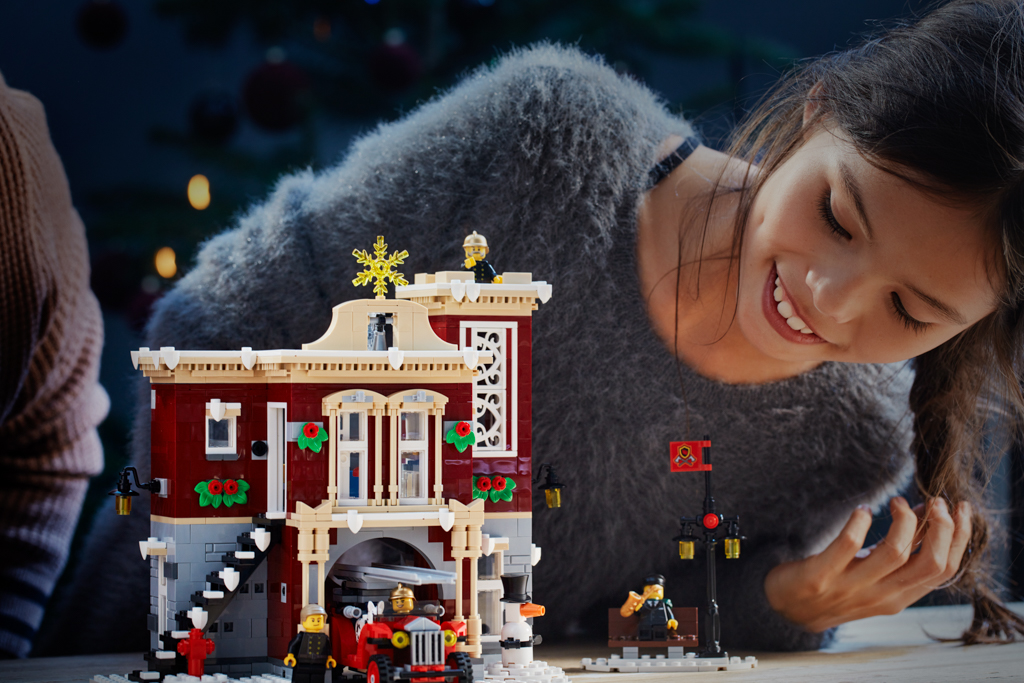 It is time to start feeling festive, as the LEGO Group has launched the new Christmas set for 2018 – 10263 Winter Village Fire Station.

Each year, building a new delightful Christmas themed set becomes even more entrenched as a seasonal tradition. LEGO Creator Expert 10263 Winter Village Fire Station is the latest in the series, and is available today, exclusively from shop.LEGO.com. To be able to order the set, fans must be signed into the website with a VIP account.

LEGO Creator Expert 10263 Winter Village Fire Station is the largest set in the festive series for a while, using 1,166 pieces to bring the delightful scene to blocky life. The set is priced at £84.99, $99.99.

While the LEGO Group has released plenty of fire stations over the years, this one has been given some quaint winter charm. The firefighters have decorated their station with holly, made sure that there is an ice rink to skate on and invited a saxophonist to regail them with Christmas favourites. A LEGO light brick is included to give an extra warm glow to the snow covered building. 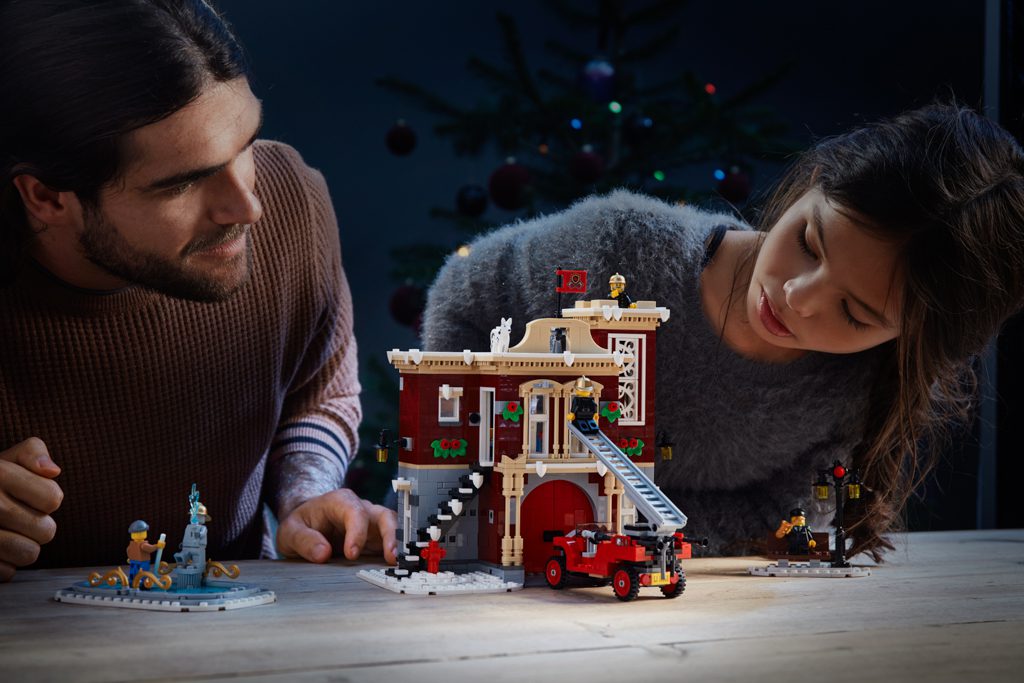 An old-style fire car maintains the never defined but clearly time gone by era that the Winter Village is set in. The extendable ladder can be used for the positive purpose of putting up decorations rather than putting out fires during the holiday season. Inside the station, there is a fire pole, kitchen area and flip down bed, economising on the space. Interesting pieces in the set include a new baby with a moose sweater, a Dalmatian and gold coloured helmets.