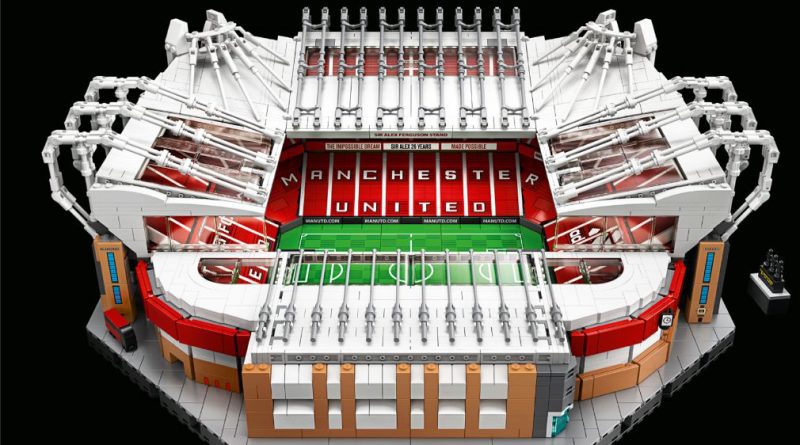 Football fans will be adding 3,898 more pieces to their collection on January 16, when LEGO.com will launch LEGO Creator Expert 10272 Old Trafford – Manchester United. The set builds Britain’s most famous football team’s stadium, the ‘Theatre of Dreams’.

Built at 1:600 scale for adult fans, 10272 Old Trafford – Manchester United features key details including the United Trinity statue and the Munich memorial clock. Once built the measurements are 18.5cm high, 47cm long and 39cm wide. The set comes in a sleek black box.

“Our Old Trafford stadium is as iconic as Manchester United itself and we are proud to be able to bring it to life in LEGO form,” says Manchester United’s Director of Partnerships, Sean Jefferson. “I think everyone has played with LEGO bricks at some point in their life, however it’s still amazing to see the level of detail the LEGO designers have managed to recreate in this piece. We are sure it will be hugely popular amongst Manchester United and LEGO fans alike.”

As well as the required step-by-step directions, the instruction book includes information on the stadium and a spotlight on the designers behind the build.

“To create Old Trafford in LEGO bricks was a tremendous design challenge for the team, and we couldn’t be happier with the result,” says Michael Psiaki, LEGO Design Master. “The 110-year-old stadium provided us with so many important locations, features and stories to tell as we constructed this model. We are excited for our fans to be able to experience all of that history and attention to detail as they construct and proudly display this iconic stadium.”