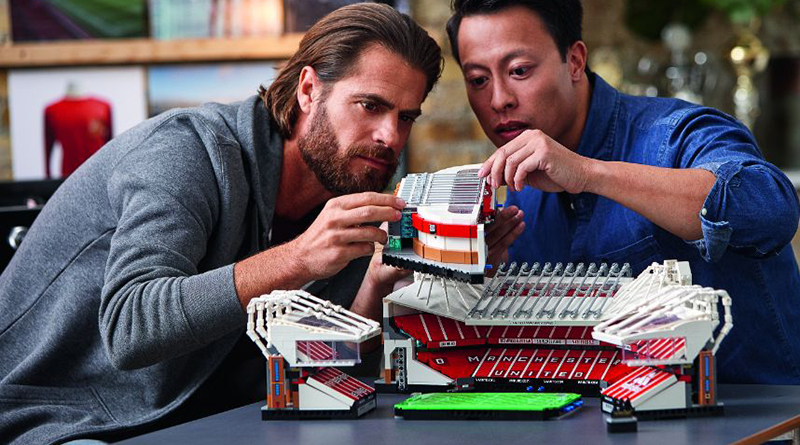 5006171 The United Trinity is free with the set. This little bonus set is a limited edition item, available until January 30 or while stocks last (the equivalent Batmobile set sold out very quickly).

Fans looking to buy the set should be sure to sign in, as it is only available to VIP account holders until February 1 (it is free to sign up as a VIP).

“Our Old Trafford stadium is as iconic as Manchester United itself and we are proud to be able to bring it to life in LEGO form,” says Manchester United’s Director of Partnerships, Sean Jefferson. “I think everyone has played with LEGO bricks at some point in their life, however it’s still amazing to see the level of detail the LEGO designers have managed to recreate in this piece. We are sure it will be hugely popular amongst Manchester United and LEGO fans alike.”