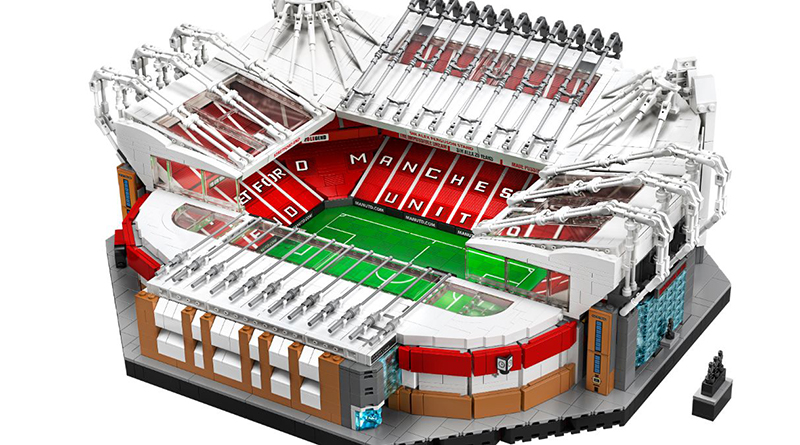 Fans were delighted yesterday when LEGO Creator Expert 10272 Old Trafford – Manchester United was announced. In a new video, the set is dramatically showcased to keep the excitement levels high until the LEGO.com exclusive is released on January 16.

Built at 1:600 scale, 10272 Old Trafford – Manchester United is a display model that includes important features such as the United Trinity statue and the Munich memorial clock. The build measures 18.5cm high, 47cm long and 39cm wide.

The set will comes in a sleek black box. As well as the required step-by-step directions, the instruction book includes information on the stadium and a spotlight on the designers behind the build.

This new partnership was first announced last November, with at least one model confirmed and Brick Fanatics speculating on the sets that could be released.