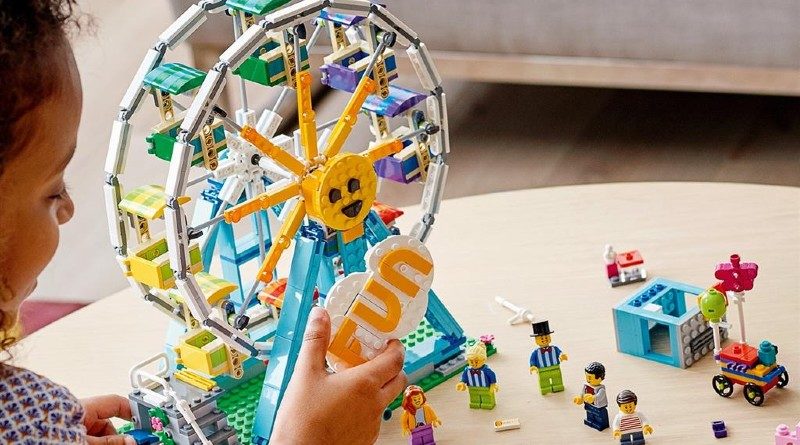 LEGO Creator is off to the fair for the summer 2021 wave with a Ferris Wheel a part of the newly-revealed range with an alternate model that portrays a ride rarely seen in bricks.

At least two LEGO Creator sets are on their way this year as Ottosimon has revealed a pair of new models themed to funfairs and the cold depths of space, a perfect combination.

31119 Ferris Wheel aims to transport builders to a world of fun and thrills with one set with three models to choose from. The first is the namesake of the build with a smiling sun sitting on the big wheel as a balloon artist creates memories for nearby children.

The second alternate model depicts something new for the LEGO Group as bumper cars make a rare appearance in LEGO form, and they seem to be able to function in some way too.

Whilst those on earth enjoy a fun day out, astronauts are hard at work in earth’s orbit as 31117 Space Shuttle Adventure joins the theme. This set offers some interesting choice too with a recreation of the Apollo Saturn V and the Lunar Lander being the alternate builds.

Stay tuned for more LEGO summer 2021 set reveals as the Dutch retailer has revealed a few more including some for Minecraft and Disney.