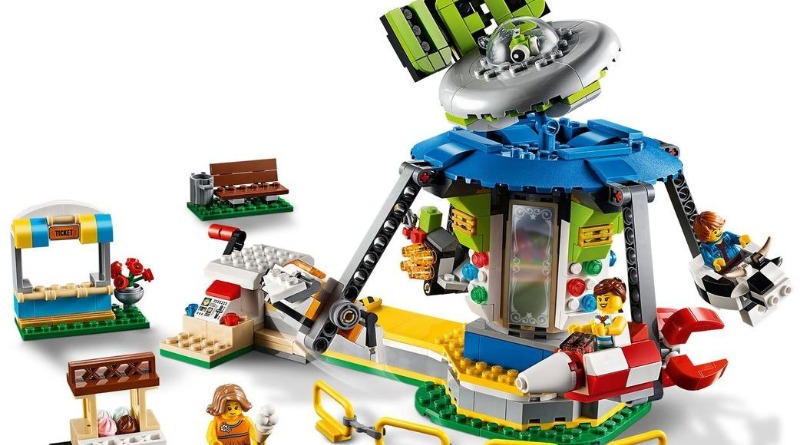 The first images of this summer’s LEGO Creator sets have surfaced on a Belgian toy retailer’s website.

Alongside the three sets previously announced at Nuremberg Toy Fair in January, Brickset member Themer also found a surprise fourth set among the mix over at ToyChamp.

However, it’s 31095 Carousel that will catch your eye first. Much like the regular Creator theme has its own, smaller versions of the Creator Expert modular buildings, it looks like its fairground subtheme is continuing beyond last year’s 31084 Pirate Roller Coaster, too. As well as its main UFO-themed carousel model, 31095 rebuilds into a rocket drop tower and carnival stalls.

As revealed in Nuremberg, there’s also another Creator modular building on the way in 31097 Townhouse and Pet Store, and a formidable-looking chopper in 31096 Double Rotor Helicopter. The surprise set is 31098 Wilderness Hut, a log cabin that rebuilds into a steamboat or lookout post.

Summer set images are coming thick and fast at the moment, with the LEGO CITY Mars Exploration sets also revealed earlier today. It looks like it’s time to start budgeting for the second half of 2019, if you weren’t already.