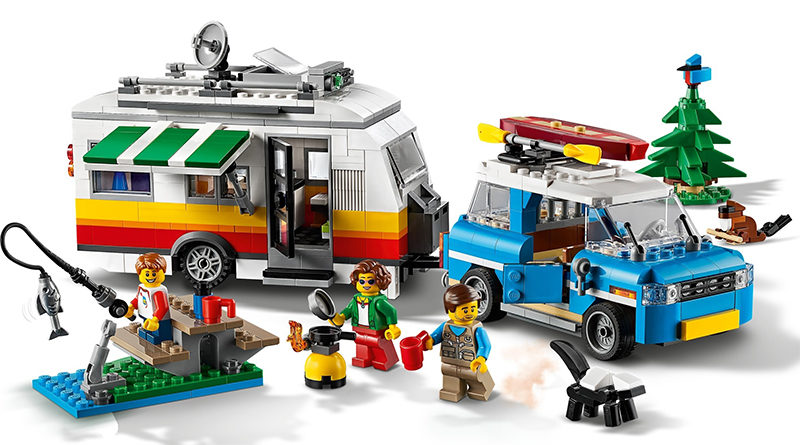 A new selection of LEGO Creator sets has launched today at the official shop, including a pirate ship, caravan and space exporation vehicle.

LEGO Creator continues to offer three builds for the price of one in the new sets that launch today. At LEGO.com, fans can buy three new releases in the long-running theme.

Here are the new sets that are available to order now:

Kids get 3 different build-and-play experiences in this LEGO Creator 3in1 toy set. They can build a Space Rover Explorer and then rebuild it into a space base with a smaller alien or a space flyer. Or they can tap into different passions and build something completely new.

Creative camping adventures and fun are waiting for outdoor fans in the LEGO Creator 3in1 Caravan Family Holiday (31108) playset. The set has a retro car and caravan toy and features a kitchen, toilet, removable roof and opening side. Packed with accessories and features, the set also includes 3 minifigures to jump-start play.

At least 3 different build-and-play experiences are possible with this great LEGO Creator 3in1 toy set. Kids can build a caravan with aretro car model, then rebuild it into a camper van or a detailed lighthouse. Or they can free their creativity, tap into different passions and build something new.