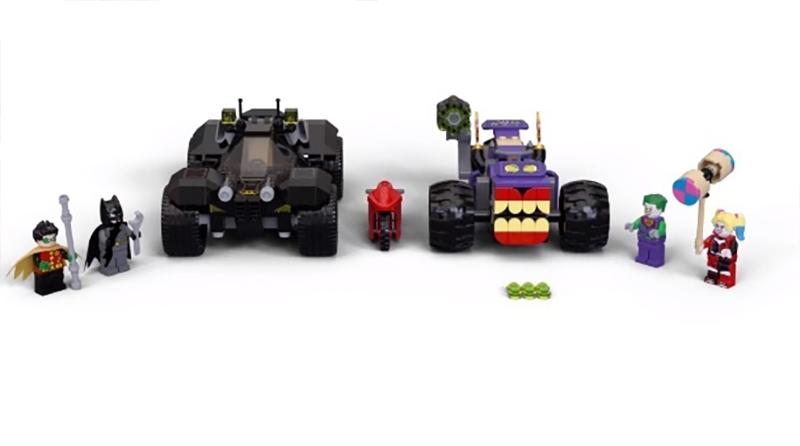 The next wave of LEGO DC sets that will be released this summer, themed around Batman, have been revealed in new images.

LEGO Batman is back this summer, in three new sets. Rakuten has shared videos of the new sets, revealing what fans can expect next from the DC theme. The information has been spotted by the Brick Fan. These will follow the release of LEGO DC 76157 Wonder Woman vs Cheetah, which ties into Wonder Woman 84.

76158 Batman: Penguin Pursuit is a 4+ set featuring Batman and the Penguin, seemingly inspired by the end of Batman Returns.

76159 Batman: Joker’s Trike Chase features what looks to be a Tumber-inspired Bat vehicle, a clown car for the Joker and Batman, Robin, the Joker and Harley Quinn minifigures.

Is Batman going on tour? 76160 Batman: Mobile Bat Base looks like a Batman themed tour bus, which will presumably open up to reveal a Bat-computer on the inside. The set features Batman, Batgirl, Nightwing, Mr Freeze, Man-Bat and Bronze Tiger.