LEGO DC Super Hero Girls: Super-Villain High already has a trailer, and now a proper announcement includes more details about the new home format animated movie. Warner Bros. Animation and the LEGO Group have collaborated on the new release that will arrive on DVD on May 15.

After a mysterious school opens across the street, the students of Super Hero High find themselves up against a new threat. Now, Wonder Woman, Supergirl, Batgirl and the rest of the DC Super Hero Girls not only have to worry about the well-being of their grades, but the safety and security of friends, family and the rest of civilization. The girls must figure out how to put a stop to this evil, new cross-town rival and save the world once again! 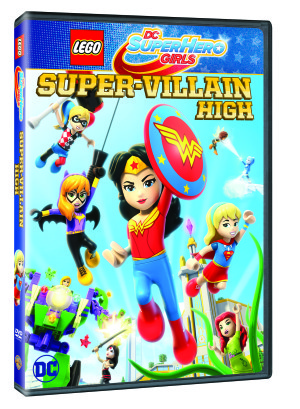