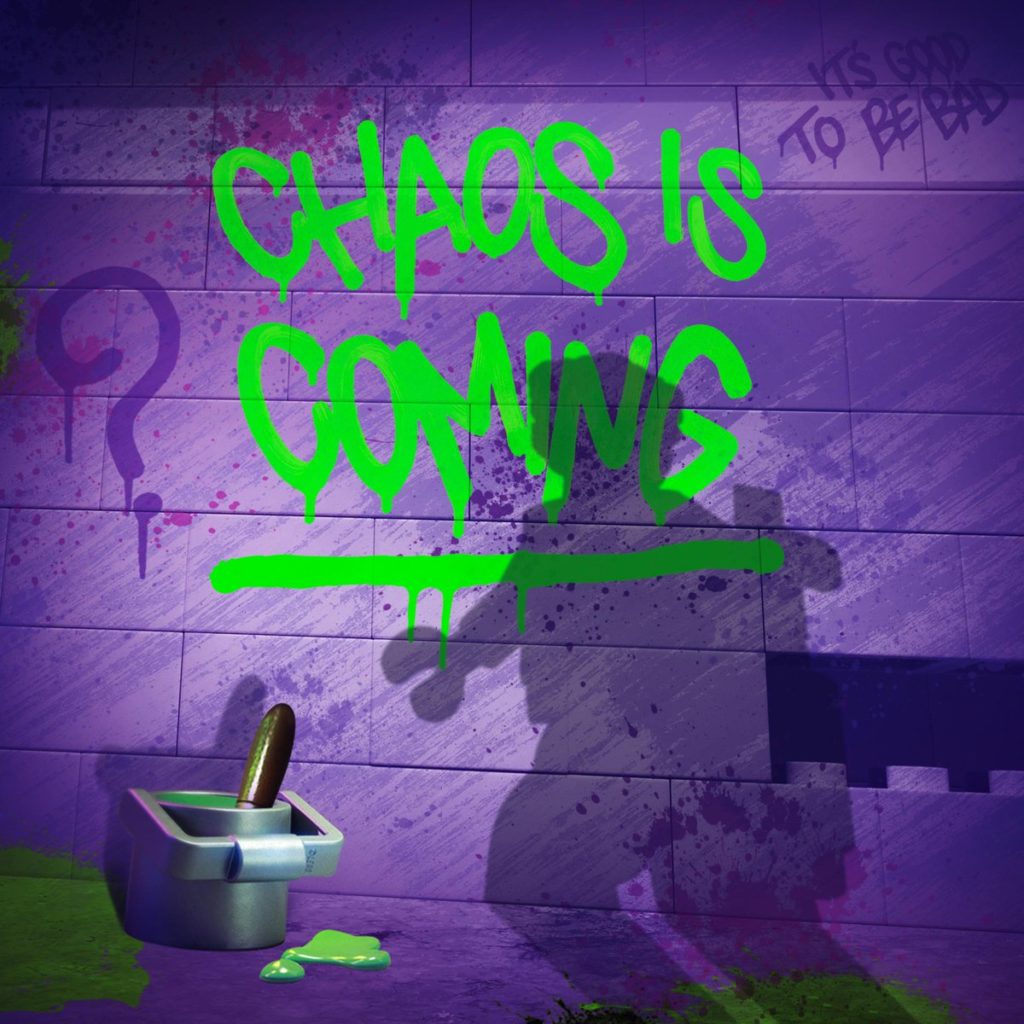 This teaser image, shared by DC Comics on social media, shows a purple wall with a missing brick revealing studs. Someone has graffitied the wall with ‘chaos is coming’ and ‘it’s good to be bad’, with the minifigure Joker’s silhouette against the wall with spraypaint in hand. The Riddler’s question mark signature is also painted onto the wall.

It is pretty clear that this is the long rumoured LEGO DC Super Villains video game, that instead of having gamers take on the role of the heroic icons of the DC universe, will have them playing as the wide range of bad guys who inhabit the pages of DC material.

The announcement must be imminent, but it seems Warner Bros. Interactive and TT Games are seeking to fully promote LEGO The Incredibles before revealing much about LEGO DC Super Villains.