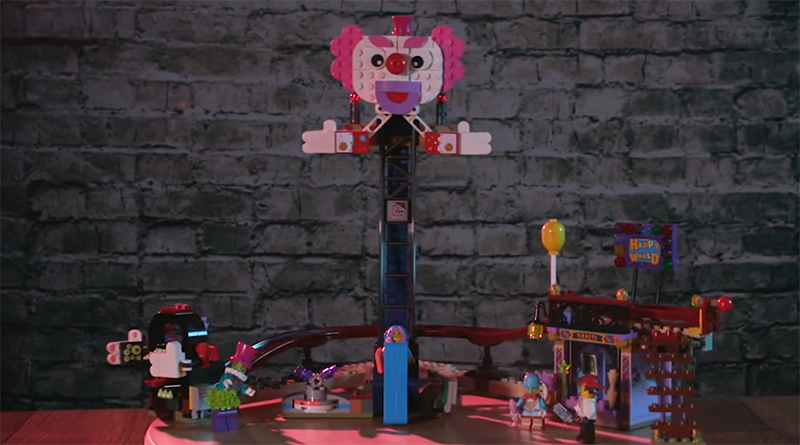 In a new video, the LEGO designer behind LEGO Hidden Side 70432 Haunted Fairground reveals the set’s hidden secrets.

LEGO Design Master Raphael Pretesacque introduces LEGO Hidden Side 70432 Haunted Fairground in a new designer interview. In the video, he shows off the set, explains a little about the design process and reveals how it expands with the associated app.

Using the roller coaster track pieces, the set offers two rides; a traditional track with a car running down it and a vertical ride that sees minifigures flying upwards towards a clown face. Like all sets that have been taken over by the Hidden Side, there are functions to activate.

“The set started by having a few concepts developed and presented. This set went through different designers, started by Yi-Chien [Cheng], a colleague, and also Niek [van Slagmaat], another colleague, and it ended up by me finishing the set so there are a lot of different ideas that were implemented that actually makes it very funny to play with because it was not just one brain but three,” the designer explains.