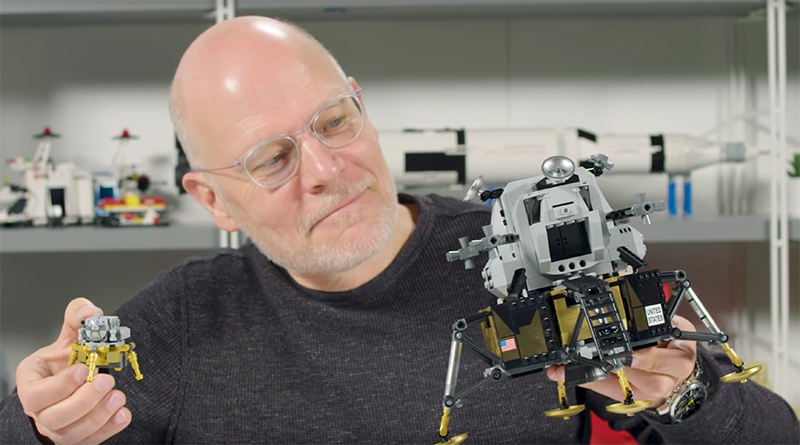 The latest big adult targeted set, LEGO Creator Expert 10266 NASA Apollo 11 Lunar Lander was revealed recently and will be available tomorrow, June 1, at shop.LEGO.com. To share some insight into how the model was developed and show off the functions that the set includes, LEGO Model Designer Lars Joe presents the new product in a special video presentation.

“It is 50 years ago since we landed on the moon and we thought it would be a great idea to make the Apollo 11 lunar lander. The model is three pieces, it has a top part that is the manned module where the two astronauts were inside. Under the top it has a descent stage which is a sort of octagonal shape with four legs attached to it for being able to lland on the moon. And it has a rocket so it doesn’t crash too hard into the moon,” Lars explains in the video.

During the video, the designer highlights other features, including the buildable base, sticker sheet and minifigures.