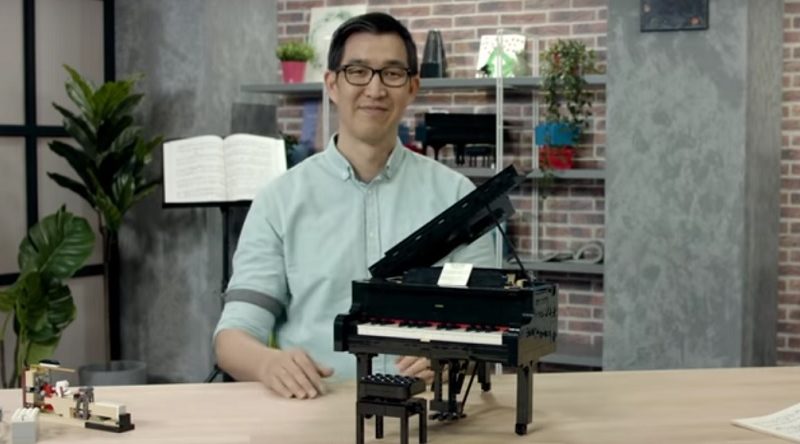 In a new video from the LEGO Group, LEGO Model Designer Woon Tze Chee presents the upcoming 21323 Grand Piano set. Woon Tze adapted the fan concept so that it could be released as an official LEGO Ideas panel.

“The piano features a lid that opens and folds back, music stand where you can put a score on, 25 individual function keys, you have a fall board that is openable where you can access the key, a working pedal that is able to raise all the dampers, there is a height adjustable bench,” Woon Tze explains. “Despite the functionality, we did not neglect to put in the details.”

“This is by far the most challenging model I have worked on,” says the designer. Woon Tze has also worked on Overwatch, which he discussed with Brick Fanatics during last year’s Fan Media Days.

Donny Chen’s LEGO piano build went viral and quickly secured 10,000 fan votes on the LEGO Ideas platform. Initially the project was neither accepted nor rejected, until September last year when it was officially announced. 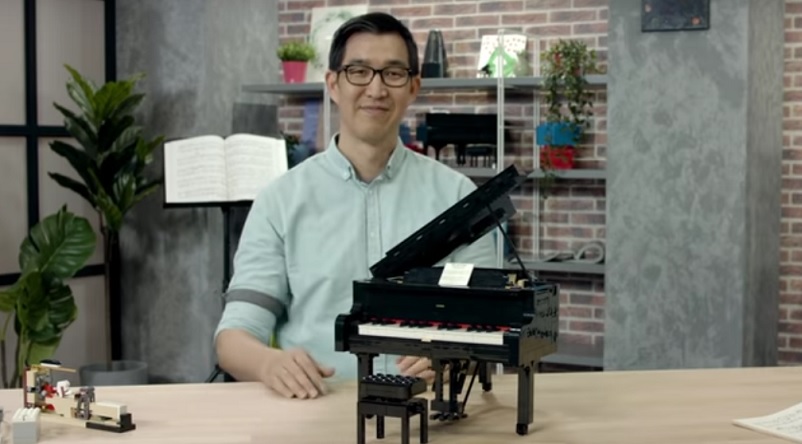