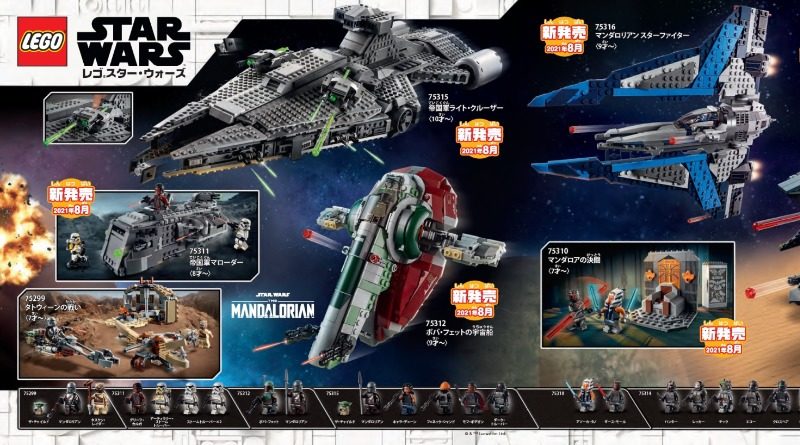 A LEGO designer has responded to the apparently false rumours that Disney is clamping down on Cara Dune merchandise, explaining her presence in a new LEGO Star Wars: The Mandalorian set.

Lucasfilm and actress Gina Carano – who brought Cara Dune to the small screen across The Mandalorian’s first two seasons – parted ways in February, following a series of transphobic social media posts from Carano that Lucasfilm branded ‘abhorrent’ and ‘unacceptable’.

Shortly after, a toy retailer claimed that its pre-order for a Black Series Cara Dune action figure had been cancelled, with the directive apparently coming from higher up than Hasbro. That seemed to indicate that Disney or Lucasfilm had also pulled the plug on merchandise for the character – but this summer’s LEGO Star Wars sets suggest otherwise.

That’s because the same Cara Dune minifigure that appeared in 2019’s 75254 AT-ST Raider is also included in this summer’s 75315 Imperial Light Cruiser, which was revealed yesterday in a now-deleted Japanese consumer catalogue. LEGO Ideas Design Manager Sam Johnson has now clarified exactly why the LEGO Group was able to pack Cara Dune into the set’s six-strong line-up.

Responding to Brick Fanatics’ original story on the return of Cara Dune, Sam tweeted: “The LEGO Minifigure is a representation of the character, not the actress.” While Carano has been dropped from future Star Wars projects, The Hollywood Reporter claimed in February that the character will eventually be recast.

If there are indeed plans to reintroduce Cara Dune with a different actress, it would make sense that Disney and Lucasfilm – and, by extension, the LEGO Group – wouldn’t want to remove the character from The Mandalorian merchandise altogether.

You’ll be able to get your hands on your own Cara Dune minifigure in 75315 Imperial Light Cruiser (that name may not be final) from August 1. Alternatively, 2019’s 75254 AT-ST Raider is still available at LEGO.com in the UK and the US, though it’s due to retire by the end of the year.