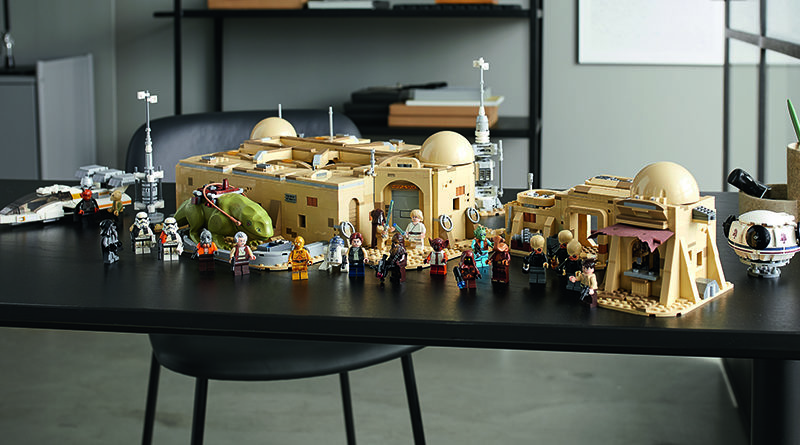 When the LEGO Star Wars Master Builder Series set was first unveiled on September 9, some fans questioned its lack of a closed roof.

Among them was Brickset‘s Chris Pearce, who put the question to the man behind the set in a wide-ranging interview covering its development. And according to César, there were multiple reasons behind the decision.

“The area of the roof directly above the bar is assumed to have some kind of skylight and that was open from the beginning,” he told Brickset. “The roofs of the alcoves are complete, of course, but removable so you can reach their interiors. However, the roof area between the bar and the alcoves is also open for a couple of reasons.

“Firstly, we wanted people who might display the cantina in an open ‘L-shaped’ position, with the bar close to one of the sides, to be able to place the roof on top. Had the roof been completely enclosed, it would not stay in position without support on every side due to the weight of the extra pieces.

“Also, leaving the roof partially open allows you to see bits of the interior without having to remove it which can be useful if you want to show it to friends or family, for example.”

The interview also touched on the set’s press release, which mentioned César first designed it in 2016.

“It sat on my desk for a while until the right time came to build it as an official LEGO set,” the designer explained. “The final rendition is actually very close to that original creation. The size and shape are virtually the same and the way in which it folds open is extremely similar.

“Originally, the additional buildings were slightly smaller but, again, they were close in design to the completed structures. The only things that were not initially present were the speeders and my conceptual model included one moisture vaporator, rather than two.”

César has also given a few insights into the design process on his BrickList, which details all the sets he’s worked on since joining the LEGO Group. Apparently, the Jawa shop wasn’t the only side build he considered.

“During the final design process I tried a lot of different options to work as the side builds, like several Tatooine buildings with many shapes and sizes, docking bay 94 or the Dowager Queen (wrecked ship close to the Cantina) but in the end the best and more consensual option was to include a couple more buildings so fans can also re-enact some of the outside scenes and at the same time offer play value.”

LEGO Star Wars 75290 Mos Eisley Cantina is available right now. You can check out our review here, or go ahead and order it directly from LEGO.com. (You won’t regret it.)

And, if you purchase via one of our affiliate links, we’ll be able to continue bringing you incredible insights into the latest and greatest LEGO sets. Even the ones that are technically hives of scum and villainy. 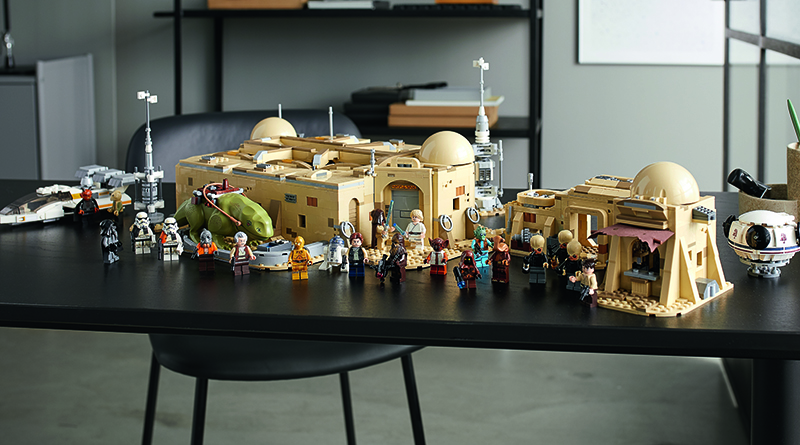