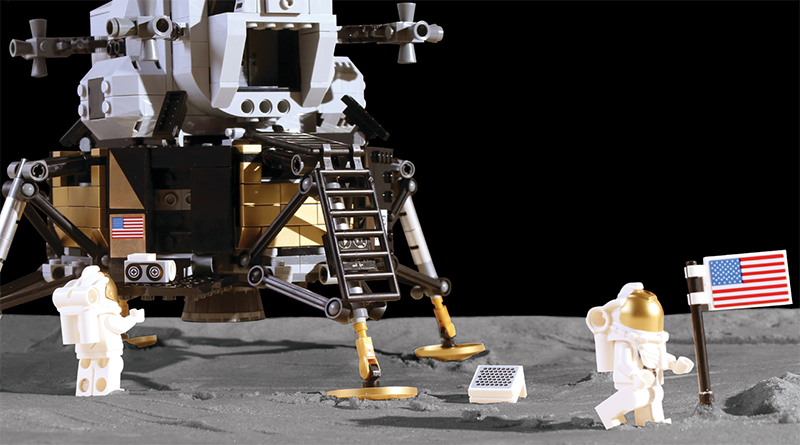 When the LEGO Creator Expert team decided to embark upon 10266 NASA Apollo 11 Lunar Lander, Design Manager Specialist Jamie Berard knew that the team would need support from the experts at NASA, the US space agency. It allowed the set to be an incredibly accurate representation of the real-life lunar module.

To get a sense of the cultural and scientific significance of the lunar lander, and the Apollo 11 mission in general, Brick Fanatics Magazine spoke to NASA Marshall Historian Brian C. Odom.
One of the many stories he shared during the fascinating conversation illustrates the risk that Neil Armstrong and Edwin “Buzz” Aldrin were taking, with the lunar lander’s ascent engines having no back-up system:

“The president at the time, Richard Nixon, has written a letter, saying how great of a sacrifice these two men have made and how they’ll forever be remembered. Thank god the letter doesn’t have to be put out – but it exists, they are ready with that.”

In Brick Fanatics Magazine Issue 8, Brian shares his knowledge of the moon landing, while Jamie shared his insight into how the LEGO set was designed. It makes for a unique look at how this special LEGO Creator Expert model has captured the story of a unique example of human endeavour.

For this exclusive double interview feature and plenty more, order a copy of Brick Fanatics Magazine Issue 8 – or start a great value subscription, for a lovingly crafted LEGO publication every single month.