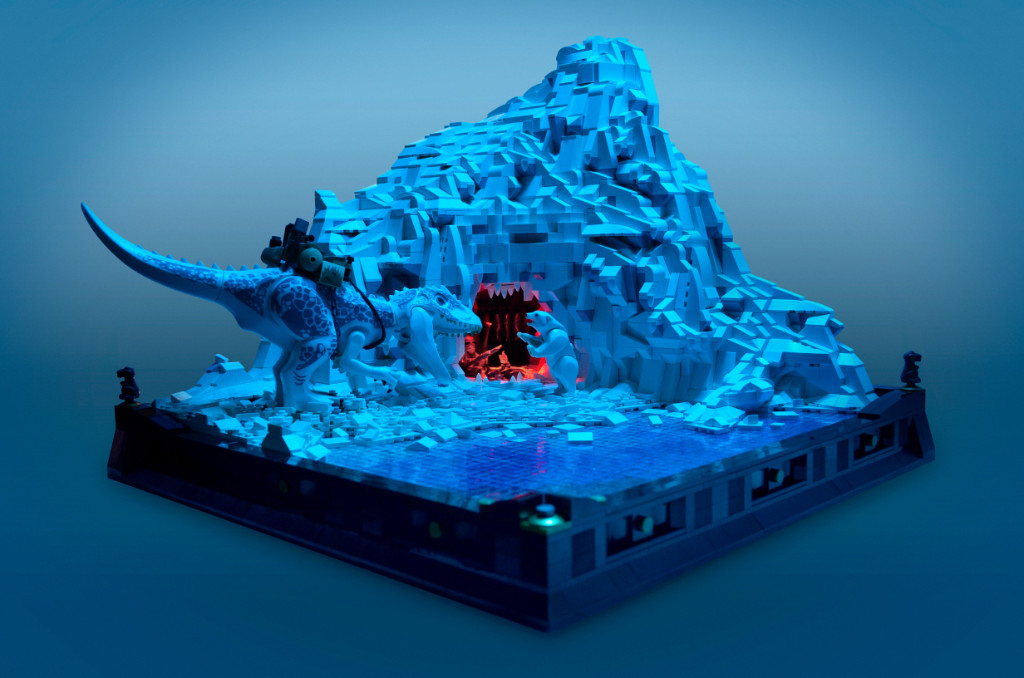 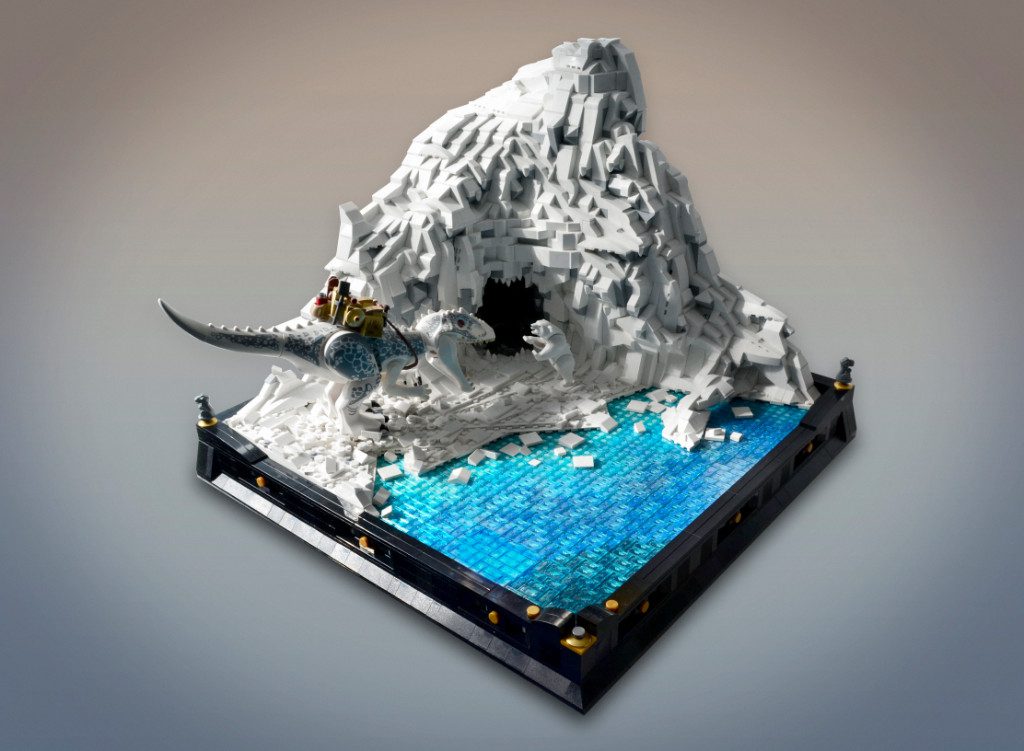 One of the most amazing things about human beings is their ability to adapt. This ability has led to people making a life for themselves in a wide variety of climates, including the arctic north. It takes a rare breed to venture out into the cold in search of valuable resources. Thankfully for Uki, humans are not the only species with the ability to adapt. With her loyal mount, Kirima, she travels the frozen tundra and beyond in search of gold and other resources to help support her village.

While life in the cold may have it’s difficulties, it also means there are few interlopers. Uki’s people are free to live as they wish, so long as they have the means to gather what they need. They may have little use for gold, but those who do are willing to pay handsomely for it. Such worthwhile trade comes with a lot of work, as well as a few risks. Uki is more than up to challenge, and at the end of the day, it’s time to rest… and to eat.

As soon as I saw the I-Rex, I knew I wanted to do an arctic dinosaur build. I also knew I wanted it to be on a coast. Doing so offered the opportunity to use varying shades of blue and white to create the appearance of depth in the water. It also creates a narrative situation where Kirima’s dinner has nowhere to run. It was enjoyable to take the opportunity to work with a very minimal colour pallete. This really allowed me to focus on shape and texture. Creating organic shapes is a lot of fun, even if it can occasionally be tedious or challenging.

As you can see in the photos, I included a light inside the cave to represent the campfire. It would have been a waste to put all of that detail on the inside of the cave if nobody could see it. Since I knew at some point I’d have to remove the battery or make interior repairs, I made the entire top of the mountain removable. This presented some interesting design challenges as I wanted to ensure the seams wouldn’t be obviously visible. Another challenge for me – and I’m curious if this affects other builders as well – is trying to be sure not to make things too symmetrical. It’s easy to get used to building vehicles or buildings where symmetry is desirable, but nature rarely keeps things so even.