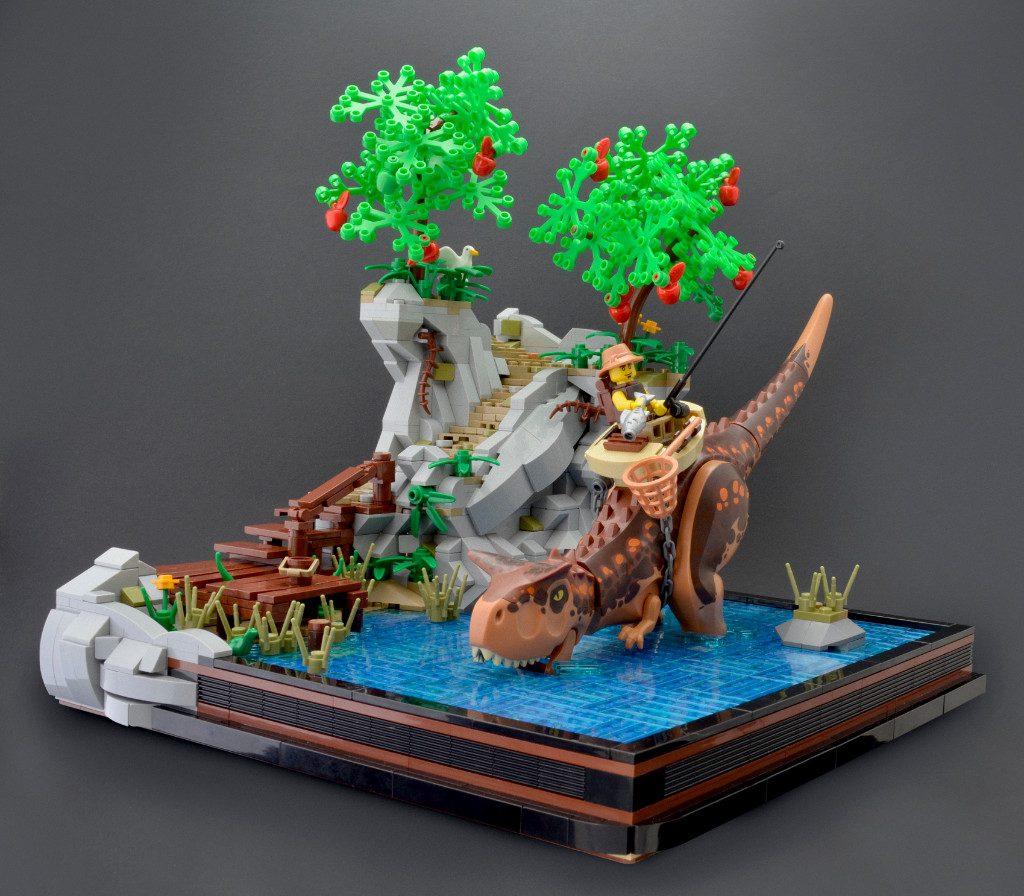 After his father – who was also a fisherman – passed away, Gunther spent a number of years on his own. His lifestyle was a solitary one, traveling across the country in search of new fishing spots and merchants to who he could sell his catch. One day in the forest, he happened upon a small lizard. The poor beast looked sickly, so Gunther offered it some of his day’s bounty as he set up camp for the night. The next morning, the lizard looked in much better spirits. Gunther bid him good day and started on his way to the next fishing spot. Curiously, the lizard followed him. Though it rendered Gunther a bit cross, this continued every day until finally it was clear to him that he was stuck with the little guy, who he named Cornelius. Well, Cornelius is no longer a “little guy”, but the two are still constant companions. They prove quite a sight in each new community they encounter, and sometimes it can lead to trouble. That being the case, they enjoy lazy afternoons spent fishing and enjoying the beauty of their surroundings. Despite being a carnivore, Cornelius has developed a peculiar fondness for apples. Every now and again, the pair return to a lovely fishing spot blessed with not only a wealth of fish, but also a pair of rogue apple trees.

This one is unique in a number of ways. Typically I start every build with some sort of idea of what I’m going for. This one however started completely cold. I just stared at my dinosaur for a while, trying to determine what he should be doing. I eventually settled upon fishing, and set to submerging him in water. Once I had proven to myself that aspect would work, I came up with the dock and the mountain path. Partially because I had no preconceived notion of what it would look like, I took the opportunity to try out some new techniques, in addition to the water. I came up with a new way (for me anyway) of building trees, and decided that the build would encroach on the base with the rocks spilling out of the “frame”.

In the beginning of this series, I gave you a number of tips on how to start and finesse your vignettes. Once you’ve had some success building scenes of your own, always remember to keep pushing yourself. Don’t become complacent with th techniques you’ve been using to render things. Figured out how to brick build a treasure chest? Good, now come up with an entirely different way. Finding new solutions to old problems will not only give you more options for how to handle things in the future, but it will also keep your builds from getting stale. You don’t need to re-invent the wheel with every build, but be sure to shake things up every now and again. It will make you a stronger builder, and lead you to a cornucopia of new ideas.

Check out the rest of the Savage Lands build series.