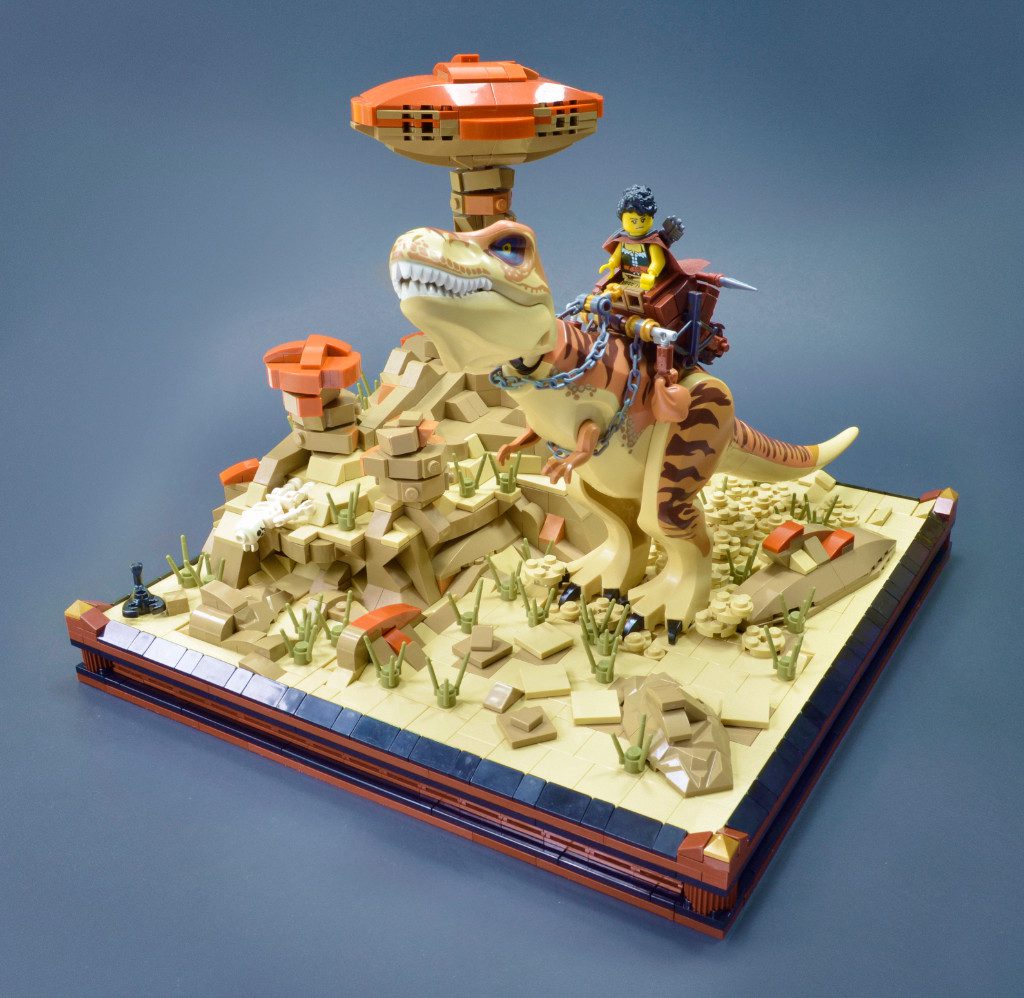 No matter how good the harvest is in the rainy season, there are always provisions which only avail themselves in the dry season. Medicines and spices are chief among the most desirable items. It’s a special honor to be chosen as an “umnakekeli”, or provider, tasked with collecting these goods. Conditions are harsh, and Nomusa’s tribe are hardly the only ones in search of such items. Rival tribes also send foragers to collect provisions, and conflict is almost always assured. Some tribes send entire search parties. Nomusa’s tribe is small, and she is all they can spare. Thankfully for her, she is not entirely alone. Her loyal mount and companion, Obasi, is always with her. He is known an “umvikeli” or protector, and the two were paired and anointed at birth. Having grown up together, Nomusa and Obasi share a powerful bond and work together to take care of their village. Though Obasi is massive and strong, he must rely on Nomusa as much as she relies on him. Creatures of his kind are rare, and highly sought after by those who wish to wage war.

I was excited to see that one of the tyrannosaurs on offer this year included a new colour combination. This new paint job is not only much more pleasing (at least to me) than previous ones, but also allows it to be set in a different context. I’ve built many a MOCs using dark bluish gray rocks, but this is the first time I’ve focused on dark tan and dark orange. Combined with the tan sand, I find this makes for a striking look, and one that sets itself apart from the rest of the builds in this series. Desert rock formations are very different from those found in other environments, and it took a few tries to find a technique that allowed me to make subtle changes in size and shape at this scale. In the end, cheese slopes and travis bricks came to my rescue.

Despite being the defining element of a LEGO brick, studs can often be unsightly. To combat this problem, builders should try to develop a visual language wherein studs can make sense. In this case, I wanted the windblown sand to appear smooth, except for in the footsteps of Obasi, who has kicked up clouds of dust. Leaving occasional studs showing in the rock work also allowed me to change up the texture a bit. By creating more flown shapes for many of the rock formations, the studs simply become small rocks or boulders. To help develop proportion as well as context within the scene, I needed to have a tower of rock slightly taller than Obasi. This creates depth by giving the viewer the chance to compare Nomusa’s size to that of both Obasi and the environment they inhabit. If there were no tall object to contrast with, Obasi’s presence would seem like overkill. By creating a balance of scale, it shows that even the largest creature is still small when compared to the overall environment. 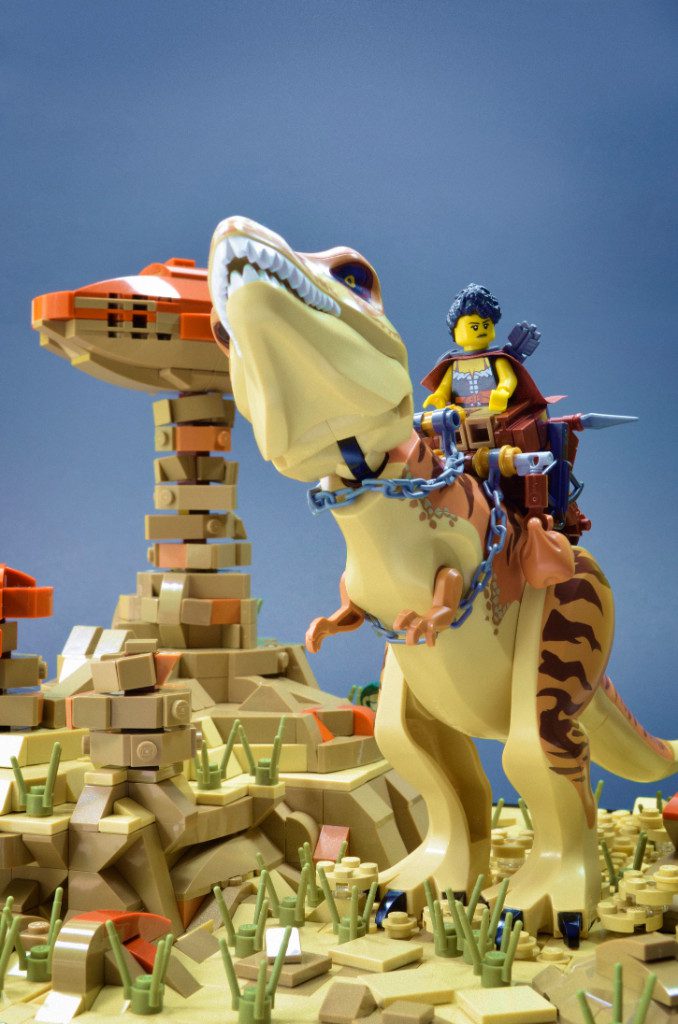