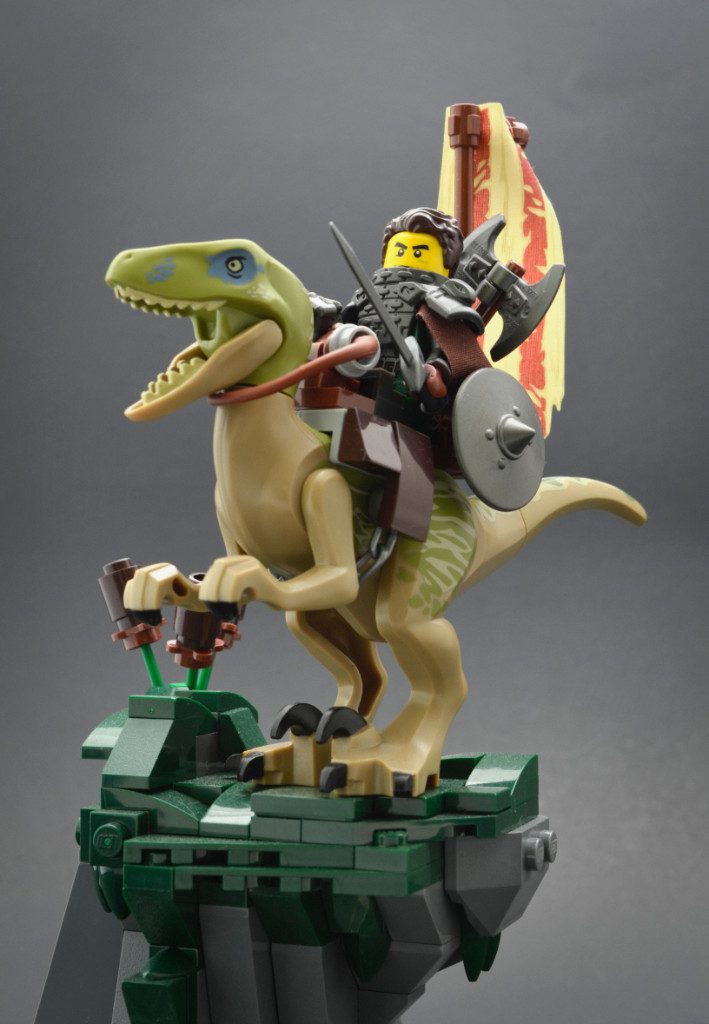 It’s a cloudy day on the island nation of Aikella. Drake and his rider Justin patrol the farmland on the outskirts of the island. While most of it is surrounded by high rock walls, there is a large expanse of fertile fields leading to the sole entrance to the heart of the island. While the inhabitants of Aikella are mostly peaceful, the royal guard still make steady patrols to help keep the peace when there are disputes amongst the populace. Justin and his fellow guardsman also use these patrols as an opportunity to survey the coast in search of potential invaders. Aikella has never waged war on another nation, but plenty have attempted to claim this magnificent island for their own.

Obviously, this is a much smaller build than the rest. Even with an 8×8 build area, there’s a lot you can do to bring your vignette to life. With such a small footprint, it can be wise to use vertical space to give your build depth and weight. In this case, I’ve built up the cliff side so that it extends over the base. Doing so helps the build feel alive. Just because your base is square, it doesn’t mean your build has to be. Another handy tip for those looking to create water using transparent bricks in their builds is lay down a foundation of varying colors. Is the water in your scene a shallow riverbed? Try some dark tan with some dark gray thrown in. A deep ocean? Use some dark blue fading into regular or even medium blue depending on the variance in depth. This can add subtle dimension to your build. You can even go as far is using multiple layers of different clear bricks. Don’t be afraid to try out different combinations to get the right look for your build. 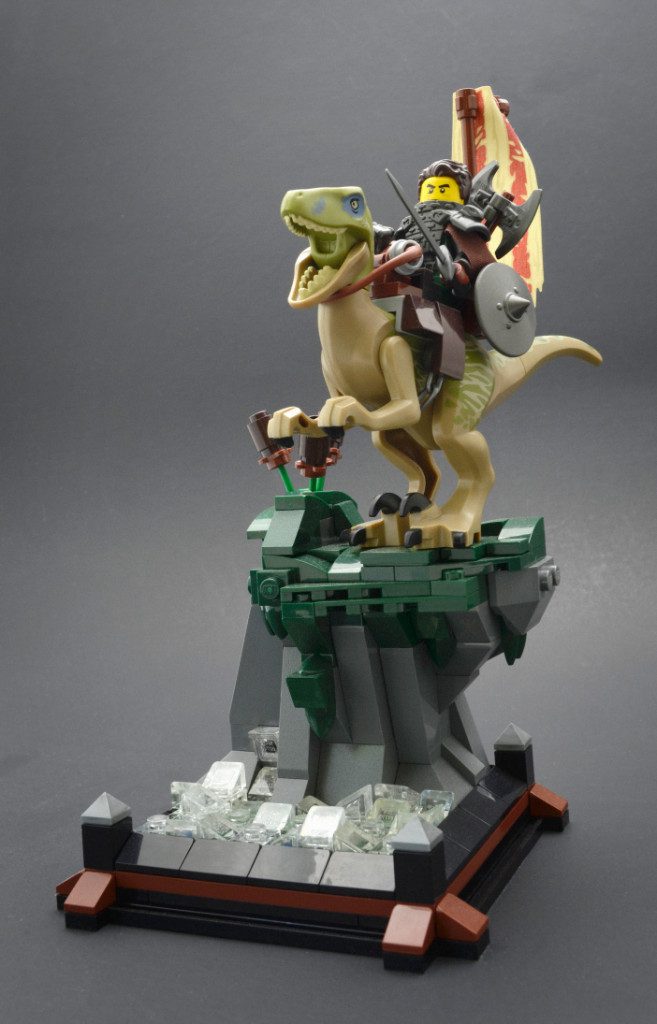