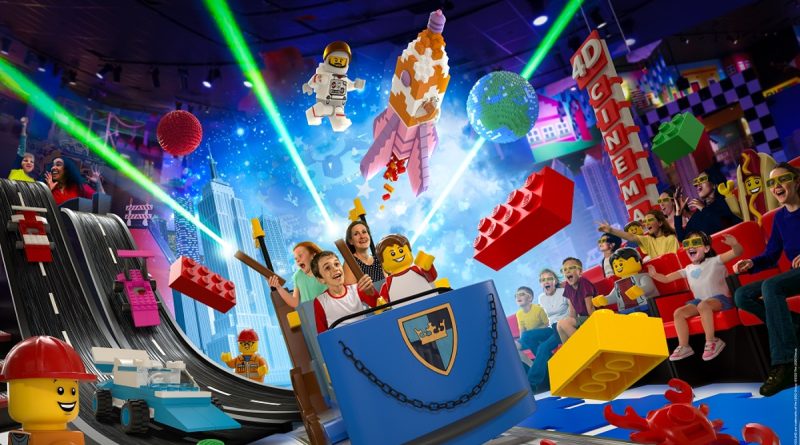 Following the announcement that the next generation of LEGO Discovery Centres was coming, three have been announced to open in the US next year.

The first of the new next-generation LEGO Discovery Centres, which are smaller LEGO experiences than LEGOLAND featuring rides and plenty of models, opened in Brussels, Belgium in June 2022. Now, The LEGO Group and Merlin Entertainments have announced that three more are coming to the existing LEGO Discovery Centres in Atlanta and Boston, as well as an all-new location in Washington.

These LEGO Discovery Centres will be home to three new attractions including a LEGO Space Mission digital experience where you can build a scan a rocket, a train ride where you can collect points on the Imagination Express and a new pre-school offering with a dedicated indoor play space for younger visitors. Their exterior will likely match the design of the one in Brussels too, as pictured above.

“All three attractions will be the ideal destination for families looking for the ultimate LEGO morning or afternoon of indoor activities. The Merlin team here in the U.S.A. have been delighted to have worked closely with the global LEGO Group’s strategic team to bring all the elements of interactive play to the new store in Washington D.C., as well as bringing the magic to the two already established attractions in Boston and Atlanta.”

No specific opening dates have been announced at the time of writing, though the three locations will open across 2023.