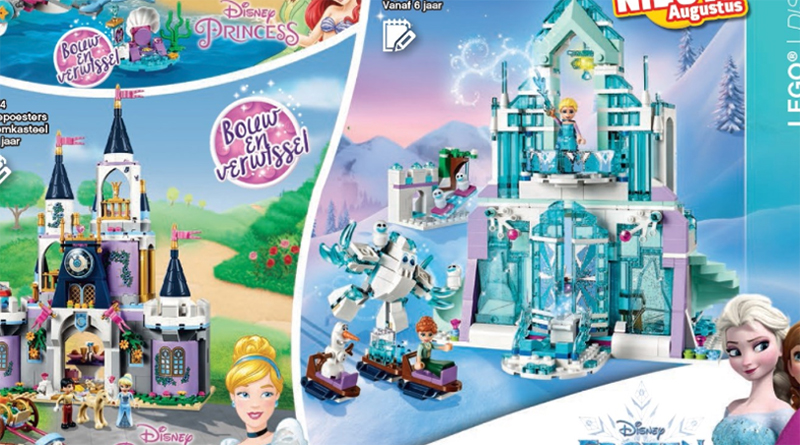 New-ish LEGO Disney sets will be released in August based on Frozen – perhaps surprising given that Frozen 2 will be released in December, and new sets will be released ahead of that in October. But the warm month of August will nevertheless be seeing the re-release of 41148 Elsa’s Magical Ice Palace, which will be numbered 43172 and a DUPLO set named 10899 Frozen Ice Castle. The sets are revealed in a new LEGO catalogue, highlighted by Brickset.