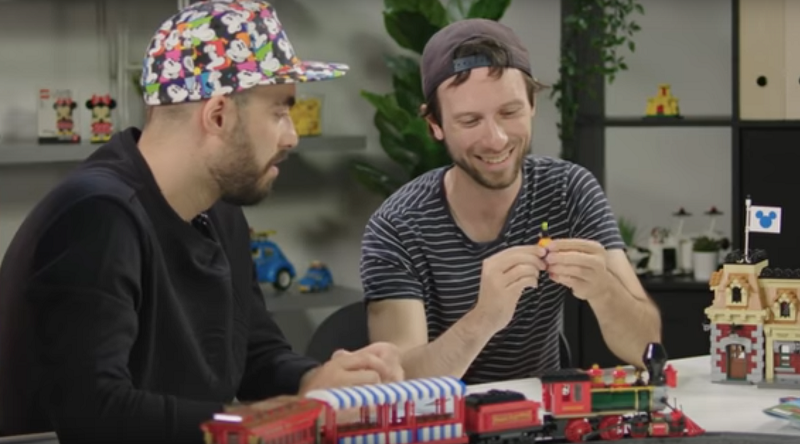 The recently released set, LEGO Disney 71044 Disney Train and Station, is presented by its designers in this new video.

LEGO Design Manager Marcos Bessa and Graphic Designer Austin Carlson present 71044 Disney Train and Station in a new behind-the-scenes video that reveals some of the thinking behind the set, that follows 71040 The Disney Castle (review).

Brick Fanatics reveals the location that 71044 Disney Train and Station is based on.

“Historically LEGO has done LEGO trains with six module wide bases and that allows you to typically have one module on each side for the wall and then you end up with four modules for the inside,” Marcos explains in the video. So for this model in particular I thought that going up to an eight module wide structure would actually allow me to enhance the model and dial up the detail and get the proportions of the wagons more correctly, even the locomotive would feel more align than the reference I was working with.”