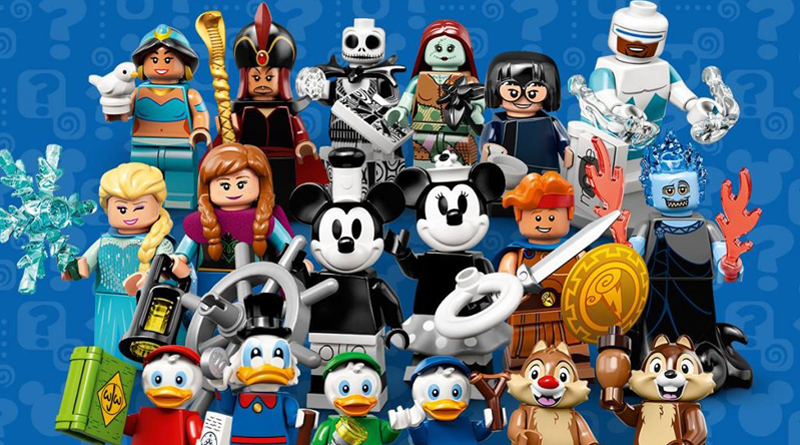 With a new batch of LEGO Collectible Minifigures about to bring some Disney magic to the theme, Brick Fanatics picks out the top five

It is impossible to have too much Disney in your life, and it seems the LEGO designers would agree. This year not only can fans enjoy the usual LEGO Disney releases along with 21317 Steamboat Willie, they are soon to be joined by a second series of Disney Collectible Minifigures. The original line-up from 2016 was extremely strong, giving fans a chance to collect some of the franchise’s most iconic characters. Series 2 is clearly following a similar path, but a few more of the characters are famous from the small screen. 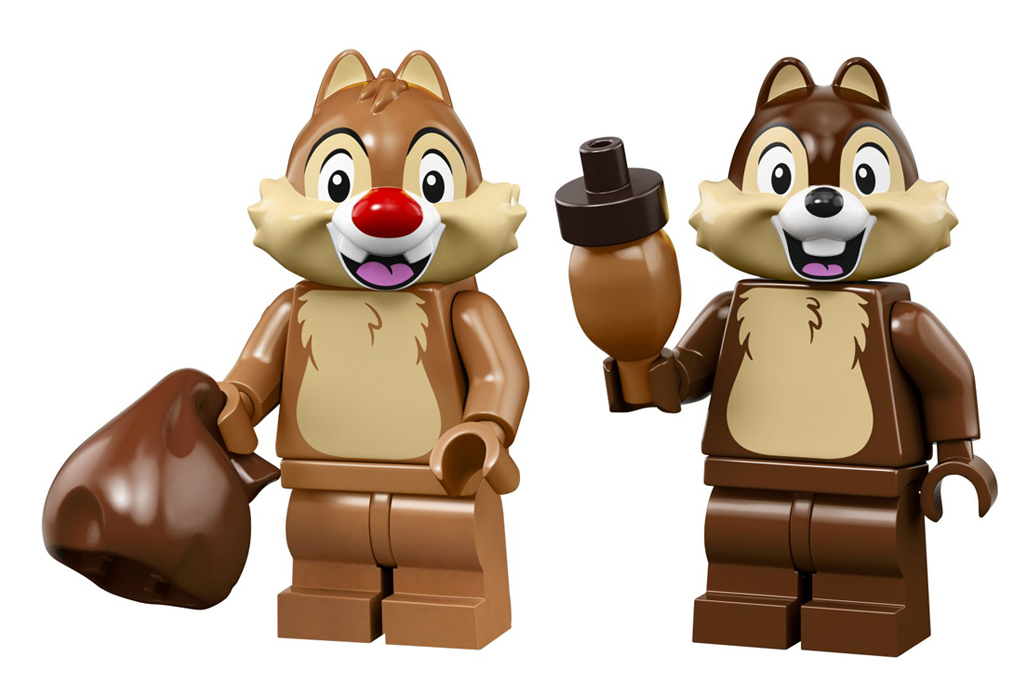 Maybe top five was slightly misleading as some characters just have to come in pairs. Never could this be more true than for the duo of troublesome chipmunks Chip and Dale. Their new head-moulds are so expressive and the detailing that has been put into each to differentiate the two is amazing. Even if they have obviously different shades of fur and noses, Dale’s ruffled hair and prominent teeth make him stand apart from Chip. Chip’s little acorn is a fun reference to the pair’s love of all types of nuts from their numerous cartoon appearances. 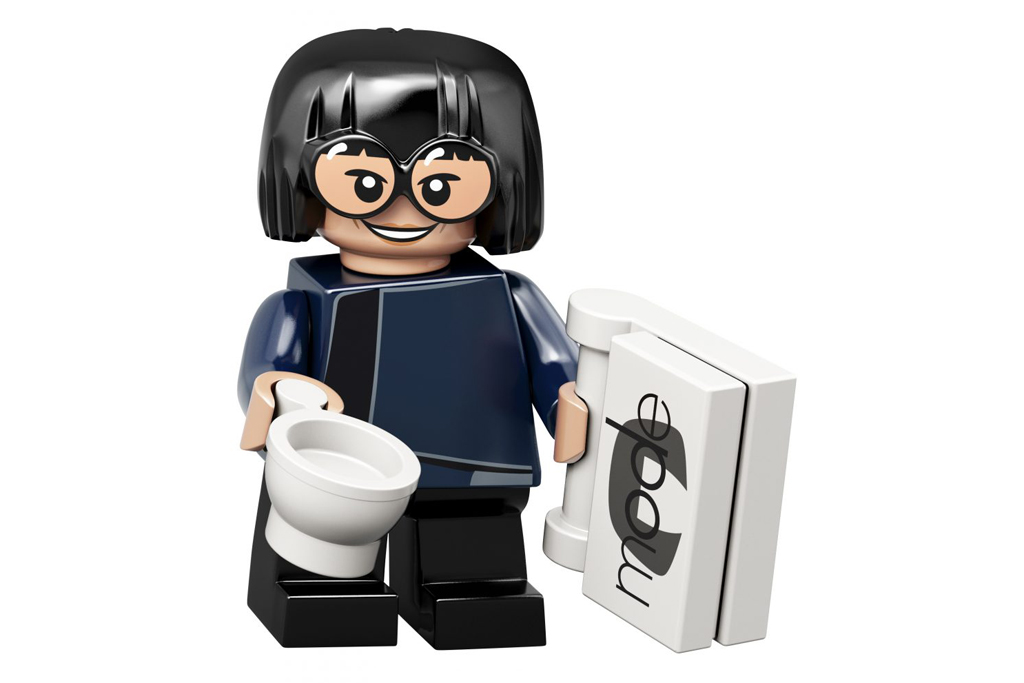 “Simple, elegant, yet bold.” Edna’s own words from The Incredibles can be used to describe her minifigure. The new severe-bob and huge glasses hair-piece looks just like it does in the film, whilst her nonchalant expression is pure Mode perfection. Fashion is not only a huge part of Edna’s character but her name too – translated, “mode” means fashion in French and German. Dark blue printing was a good choice for her geometrically inspired outfit, and including her trademarked carrier bag links in nicely to The Incredibles 2. 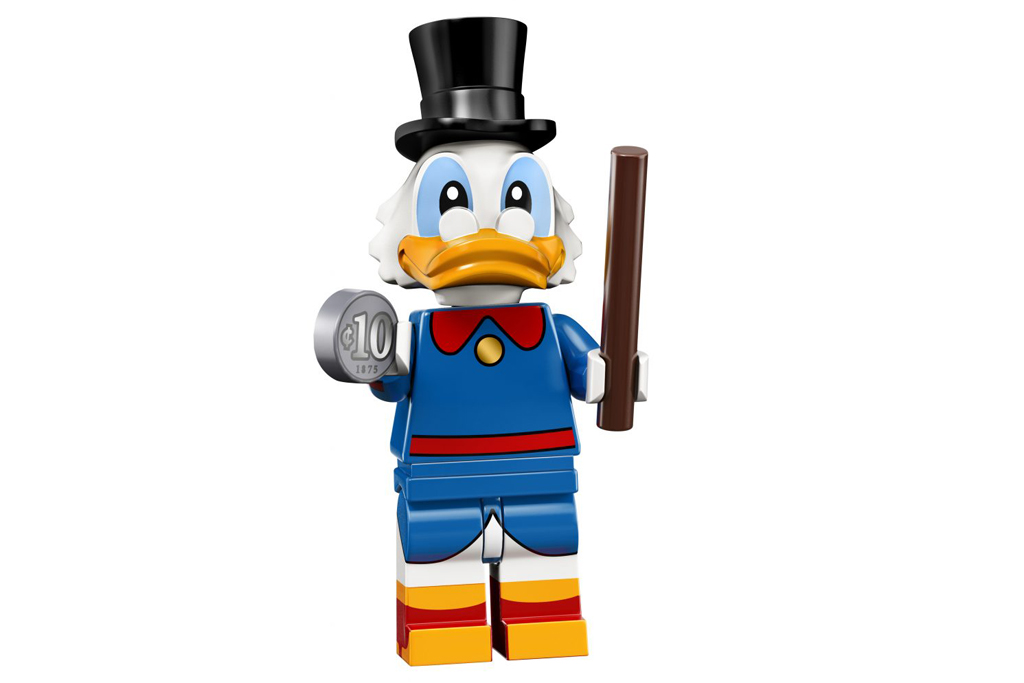 An extremely wealthy business magnate, adventurer at heart and with a temper to rival that of his nephew Donald, Scrooge McDuck is the star of recently-revived television series DuckTales. His minifigure looks very dapper with a printed bow-tie and top hat, and including his spectacles into the head mould works very well. Scrooge also comes with his lucky “number one dime” printed onto a 1×1 tile, that he earned from shoe shining as a young duckling, and is supposedly the source of his fortune. 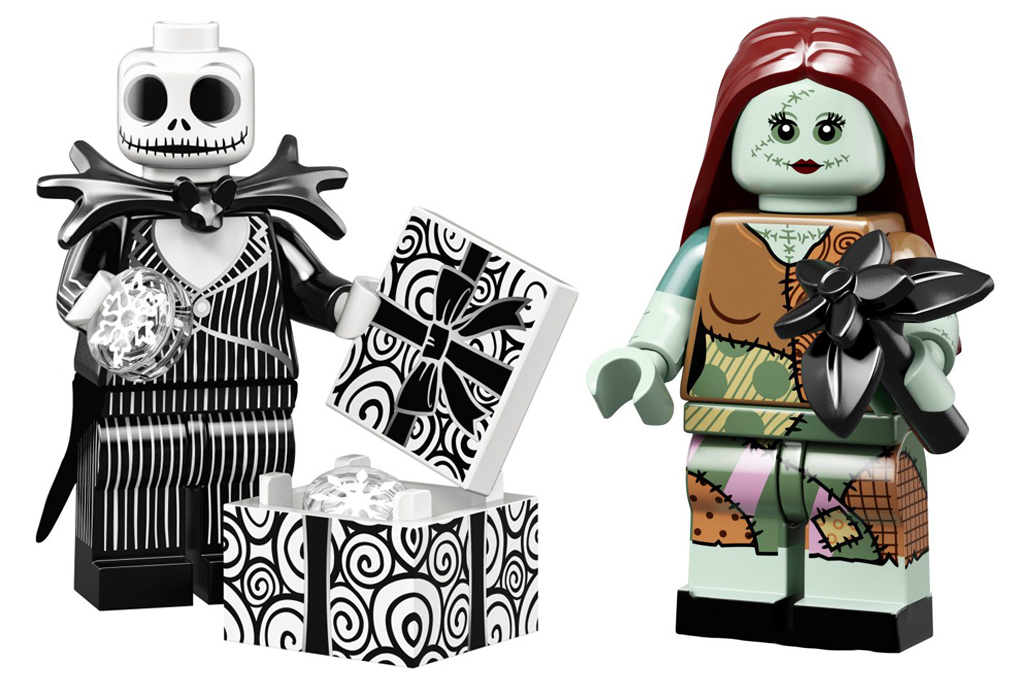 Last year was the 25th anniversary of The Nightmare Before Christmas, when the LEGO Group released a celebratory BrickHeadz double-pack 41630 Jack Skellington & Sally. They pale in comparison to their minifigure counterparts which are far creepier – in a good way. Jack’s skeletal appearance makes for a fantastic monochromatic minifigure, and the stitch printing on Sally’s dress makes her look exactly like a rag-doll. It’s just a shame Zero wasn’t included as he could have used the ghostly dog mould introduced for Hidden Side. 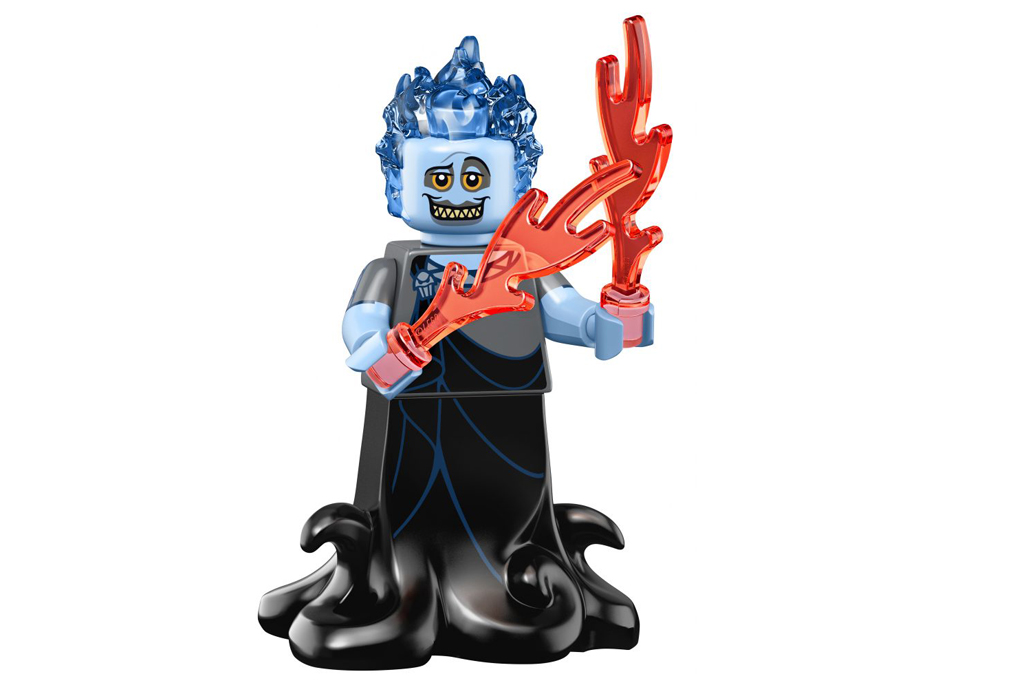 A conman and a literal hot-head, Hades was the comedic villain of Disney’s Hercules. The LEGO designers have certainly “gone the distance” to capture the King of the Underworld, with a new tendril-like robe piece reminiscent of Ursula’s tentacles. Using a trans-blue hair-piece recreates the blue flames of Hades’ hair very effectively, although including another in trans-red would have been a way to suggest his regular mood-swings. Hades doesn’t have as much printing as some of the other minifigures in this series, but his malevolent grin is very true to character.

No matter what era of Disney animation fans love, there is something in this Collectible Minifigures series for everyone. Characters from the “Disney Renaissance” alongside modern hits like Frozen all have fantastic minifigures, which fans will surely be eager to collect once they hit shelves in May.