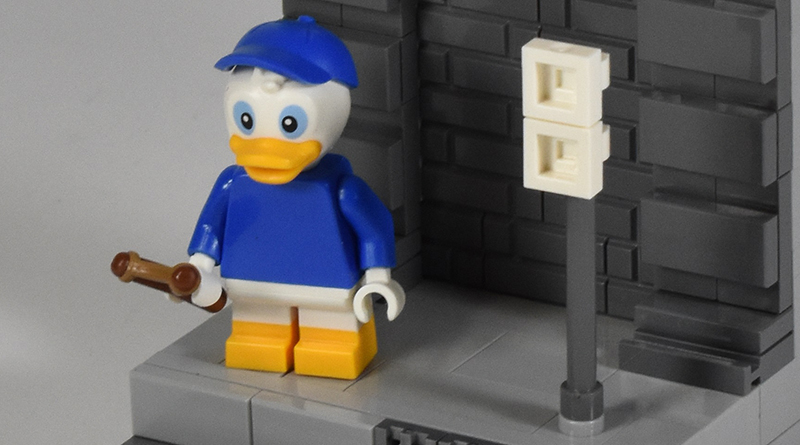 This is the final build I did between the three duck brothers. I looked to the 1990s cartoon series for inspiration and watched a bunch of episodes while brainstorming ideas for builds. I was going to do their bedroom, but decided on a small Duckburg scene instead. Dewey looks ready for a little mischief with his slingshot… 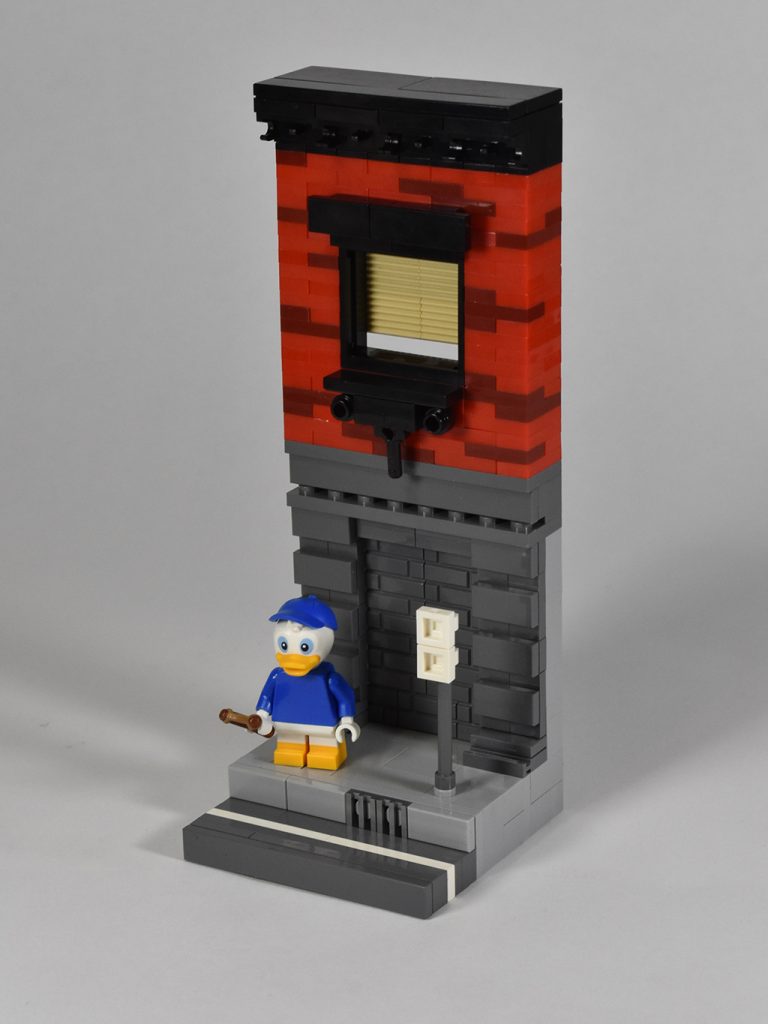 Enjoy all of the vignettes inspired by LEGO Collectible Minifigures 71024 Disney Series 2.