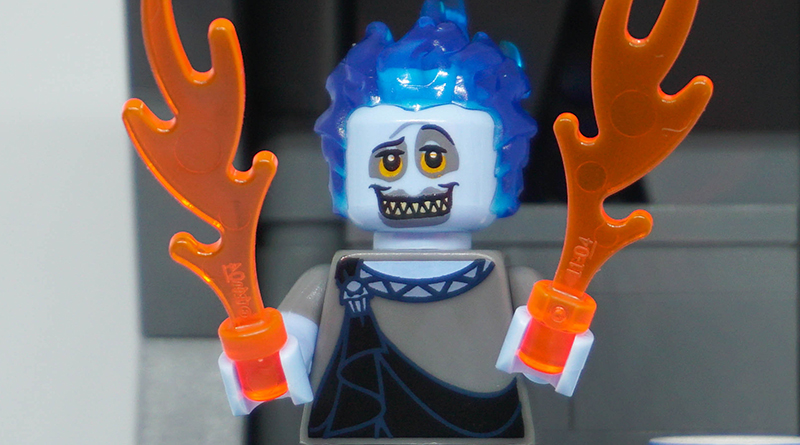 Hades is ready for the ultimate showdown. He is standing before his throne where you can see a bowl (that is presumably full of worms), which is actually the same bowl from Lloyd Garmadon Collectible Minifigure. Heading further down the build, you can see the entrance of a cavern where the red eyes of the Hydra stand out from the darkness, alongside a small section of arena where Hercules faces the giant monster. 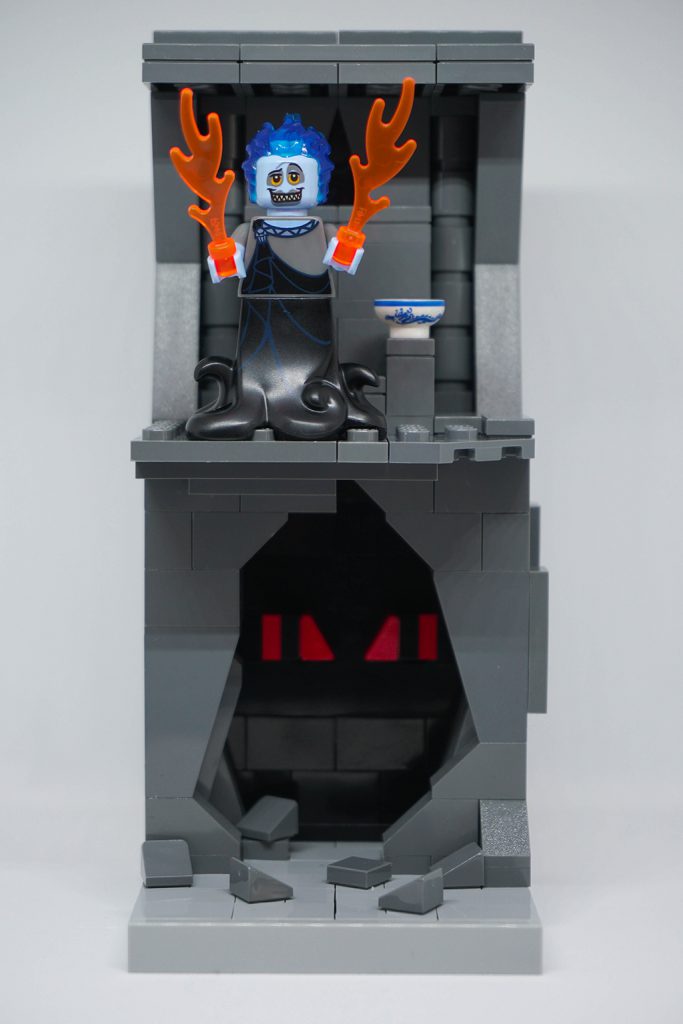 To see more of Alessandro’s LEGO creations, check out his builds on Flickr, where his handle is OrangeALEX99