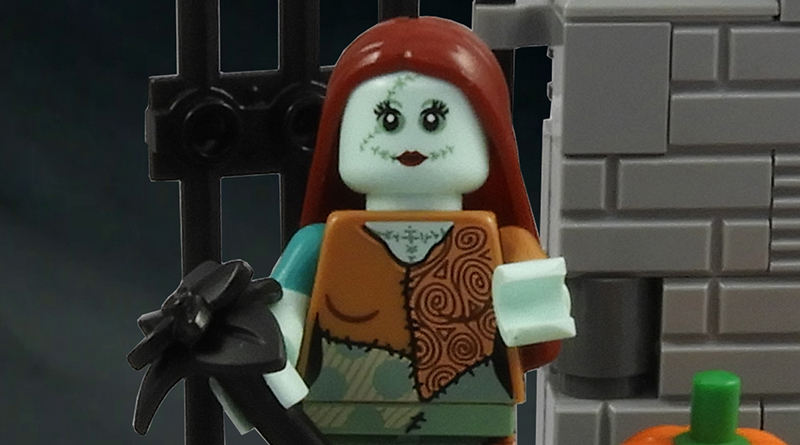 Sally, a beautiful rag doll woman, searches for her secret love Jack Skellington who seems to have disappeared from Halloween Town momentarily. When he returns, she helps Jack sew a red coat so he can continue to promote the new holiday to his fellow citizens.

The constraint of the 8×8 vignette proved too much when trying to capture both of these minifigures so I decided to press ahead with the concept of two vignettes that would compliment each other when joined. 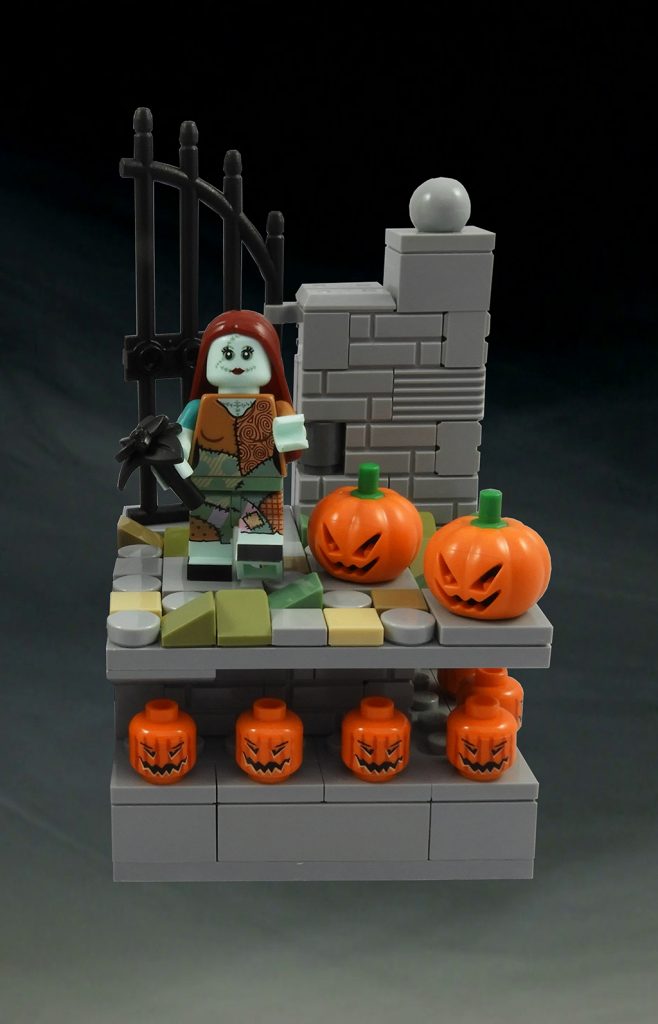