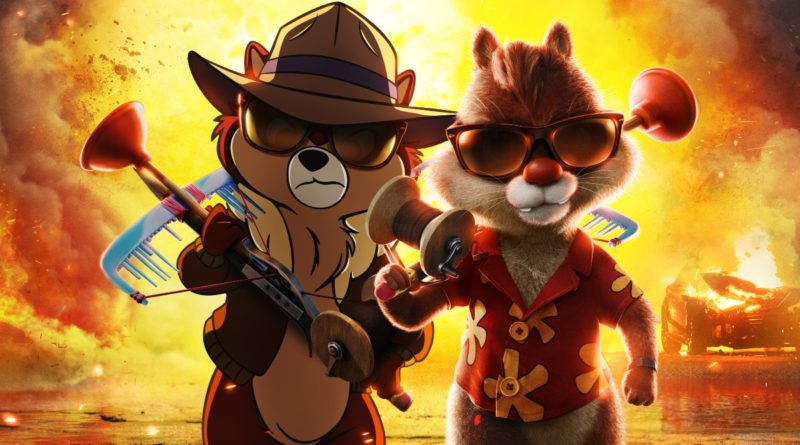 The new Chip ‘n Dale: Rescue Rangers film on Disney+ is filled with references to other animated media, including a shoutout to the LEGO movies.

For those who have yet to watch Chip ‘n Dale: Rescue Rangers on Disney+, this article will include minor spoilers for the film. It’s available to watch now on Disney+ so feel free to bookmark this page and continue reading after you’ve seen it.

Chip ‘n Dale: Rescue Rangers takes place in a world where the characters in cartoons live their own lives behind the screens, and this seems to include minifigures. Taking inspiration from the selection of LEGO movies covering everything from Batman to NINJAGO, the film features a billboard for LEGO Misérables.

While we’re not sure that the LEGO Group would ever recreate Les Misérables as a feature-length film, it makes for a fun Easter egg to look out for in Chip ‘n Dale: Rescue Rangers.

Timing with the release of the film, you can currently pick up a pair of BrickHeadz for the chipmunks in 40550 Chip & Dale. A LEGO Ideas project currently in review based on the classic show might be another way to represent the animated duo, provided it can gain the judges’ favour.