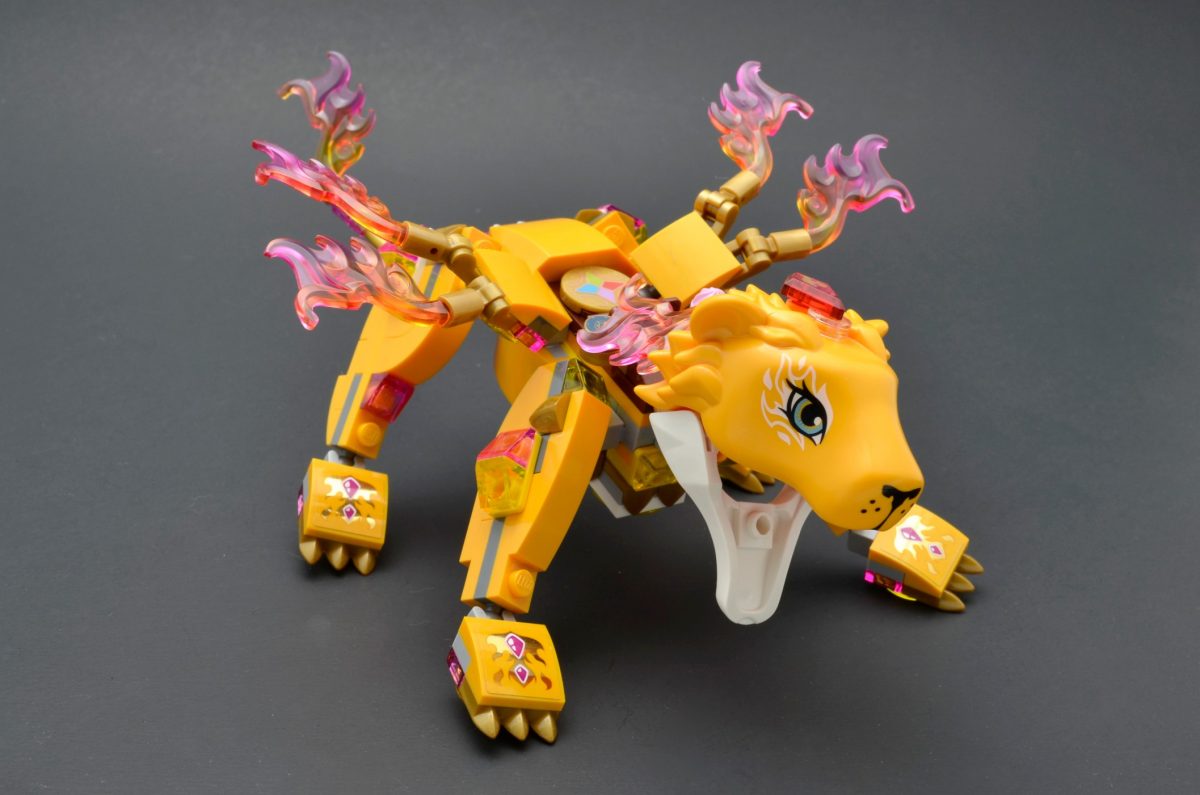 The latest wave of LEGO Elves sets continues the fantasy based story, with new creatures introduced in sets such as 41192 Azari & the Fire Lion Capture

Despite my documented distaste for minidolls, I have so far found the Elves sets to be a mostly welcome surprise. Coming into 2018, the Elves line continues to prove it’s got legs – even if those legs attach differently minfigure based sets. The themes and characters continue to expand, and this year, new creature companions make their way into the fold.

This year’s sets seem to be a variation of those from 2016. Instead of sticking strictly with dragons, this year’s sets include a turtle, lion, and fox. This is definitely a positive shift, as it broadens the appeal of the line and adds some great new head molds. Fear not, as there are still dragons for those with serpentine sensibilities. 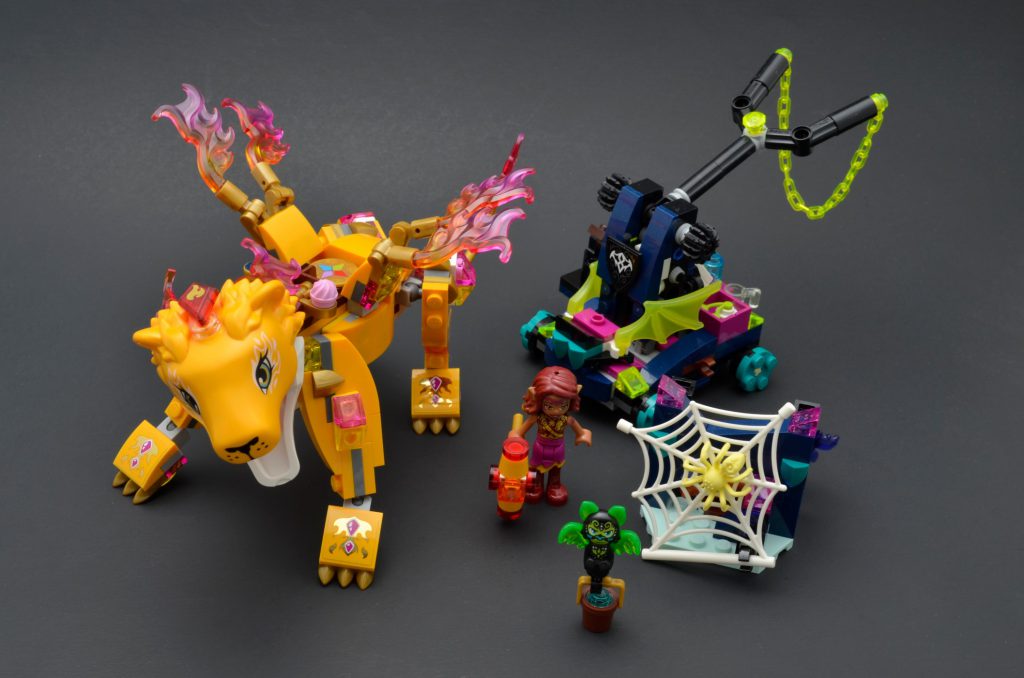 Settled comfortably in the medium price range is 41192 Azari & The Fire Lion Capture. Replacing last year’s goblins, this year’s antagonists are bats. These little villains will undoubtedly be popular with the younger crowd. This set features a pair of bats using a large catapult-like contraption to capture the titular Fire Lion. At first glance, the main mechanism of the vehicle seems to be a slingshot, though in reality it is more of a yoke or lasso, meant to ensnare the lion around the neck. There is however a small catapult at the side of the vehicle that appears to fire water (trans-light blue cylinders) to cool down the courageous cat.

Having brought back teal this year, the LEGO Group has implemented it in this new Elves line. Here it is used sparingly for the wheels and tooth decorations at the front of the vehicle. There is also a small cave which houses a chicken leg, presumably to lure the Fire Lion into a trap. This sub build comes with a light yellow version of last year’s new spider element. It’s a nice choice, as a primary colour would have clashed terribly with the rest of the set. As far as the builds on the bad guys side of things, kids will probably really enjoy them, though adults will likely be able to take or leave them.

The real draw of 41192 Azari & The Fire Lion Capture is of course the Fire Lion. It may have a new head mould, but this creature is constructed much like all of the dragons that came before it. It perhaps has the most in common with 41172 The Water Dragon Adventure, which was my favourite of the second round of Elves sets. The shorter limbs help disguise the fact that each leg only has two points of articulation – at the body and ankle. Still, there are many more points of articulation on the wings, tail, and neck, which afford the Fire Lion a surprising and fun range of poses. It’s easy to make the figure appear playful, menacing, or sleepy, all of which will make for great play opportunities for kids.

The construction of the lion is such that it would be easy for fans to make their own modifications. I’d also like to give a shout out to the designers for moulding the curly flame pieces in trans-yellow and trans-pink. It gives the flames a particularly magical feel and adds a lot to the overall presentation.

Overall, I think this will likely be a standout for this year’s Elves sets. Not only for the whimsical lion build, but also the reasonable price point. Despite being clearly marketed at girls, this in particular seems like a set that could have decent cross-appeal.

41192 Azari & the Fire Lion Capture is available now at shop.LEGO.com. You can help support Brick Fanatics’ work by using our affiliate links.