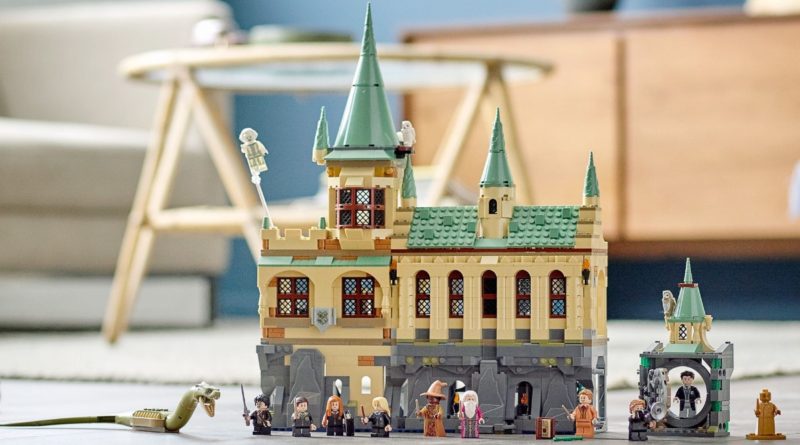 The LEGO Harry Potter designers have revealed why they included an incredibly obscure minifigure in one of this summer’s 20th anniversary sets.

Among the minifigure line-up in 76389 Hogwarts Chamber of Secrets (review) is Professor Sinistra, a background character who appeared intermittently in the Harry Potter films – and never actually had any lines. While the renewed Wizarding World theme hasn’t shied away from obscure characters, particularly in the summer wave (do you remember Mr. and Mrs. Flume?), Sinistra still feels like a surprise choice for a set focused on such a pivotal moment in the Harry Potter canon.

“We’re definitely trying to bring forward representation within the restraints of the IP,” Yi-Chien said. “I remember when I was young, there were nine male figures and one female figure in a set, and for me the sole female figure was a treasure that I wanted more of! We definitely are trying to provide a more gender-neutral balance… we’re limited by the source material, but are trying our best to improve diversity.”

“[Professor Sinistra] is a great example of the product of dialogue we’ve been having internally and with partners,” Marcos added. “We want to bring representation to the table where we can. We do see Professor Sinistra in the films, even if not much, but we definitely wanted to include her for representation.”

You can expand the diversity of your own LEGO Harry Potter minifigure collection by picking up Professor Sinistra in 76389 Hogwarts Chamber of Secrets, which is available to order now (alongside the rest of this summer’s 20th anniversary wave).

Consider supporting the work that Brick Fanatics does by purchasing your LEGO using any one of our affiliate links. Thank you!