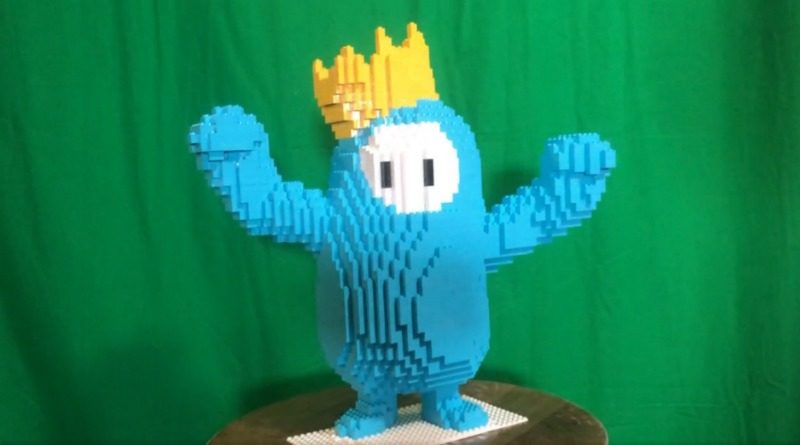 When you’ve just finished building an epic, giant LEGO Fall Guy, the obvious next step is showing it off online. But wait: first, why not pop it on a rotating turntable? That way, you can show off your creation in 360 degrees. And if you’re one unlucky redditor, you can also watch it fulfil its tragic purpose.

Fall Guys, if you aren’t aware, is the latest battle royale videogame craze to sweep the internet. Each round pits dozens of colourful, pill-shaped creatures against each other across Total Wipeout-style courses. It’s fun, fast, frantic and – most importantly – hilarious. Watching the slow-moving Fall Guys scrambling around and falling over each other never seems to get old.

That explains its incredible popularity, then: a week after its launch, Fall Guys had been downloaded 10 million times. And millions of Twitch viewers have since spent millions of hours watching millions of minions flailing into the void that hangs below each floating level.

It’s the perfect party game, and while the LEGO Group itself often feels like a stranger to the zeitgeist (Angry Birds: The Movie, anyone?), LEGO fans are usually way more on the ball. Hence reddit user Official-Lukepa’s incredible, brick-built tribute to MediaTonic’s smash hit.

Winning an “episode” of Fall Guys (every series of rounds occurs across a fictional game show) bags you a crown, which this jellybean is proudly and triumphantly showing off. Until, that is, Official-Lukepa spins its pedestal a little too quickly. And it’s then, dear reader, that this Fall Guy lives up to its name.

In-game, a fall would prompt your avatar to simply reappear back on level ground. In reality, it leads to the slightly-less-comforting sound of thousands of bricks shattering on the floor. Click through to reddit to witness this unfortunate (but in a way, totally apt) trainwreck for yourself.

This isn’t the only LEGO x Fall Guys crossover in recent memory. The Real Ashnflash’s Fall Guys: Ultimate Knockout Course Ideas project recently hit 10,000 votes, and is now in review. So who knows? The zeitgeist might just be within the LEGO Group’s grasp after all. 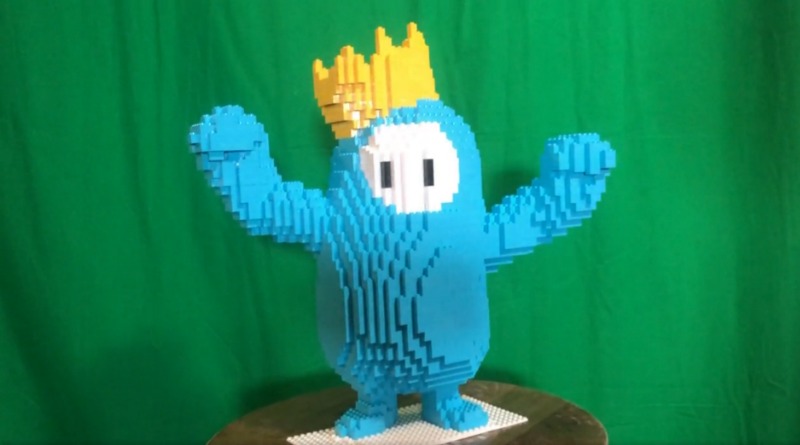