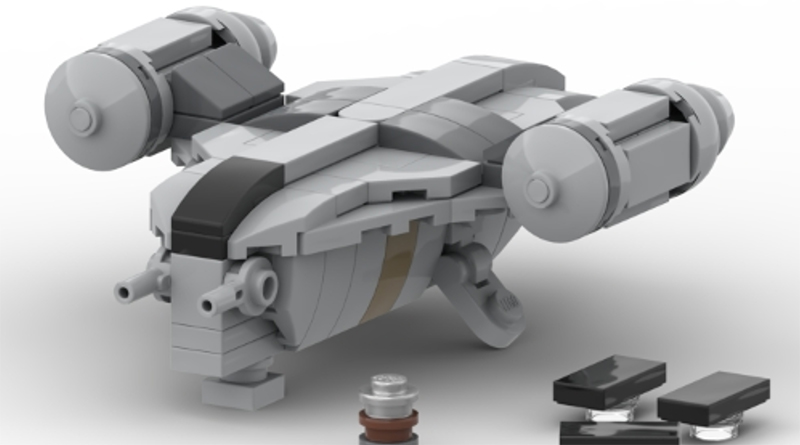 A LEGO fan has built a mini version of the Razor Crest from Star Wars: The Mandalorian.

There is something of an oversight in the launch wave of LEGO Star Wars sets that arrived two months ago – while 75254 AT-ST Raider represents material from Star Wars: The Mandalorian, the character’s ship is nowhere to be seen. Despite it appearing in all four episodes so far, it is missing from the product line.

While fans are hoping the set will arrive at some point next year, Johan Scheffer has opted not to wait and built his own digitally. What’s more, he has provided instructions so anyone can follow along and build their own model.

The main ship has a few studs alongside it to represent Mando himself and a few 1×2 tiles as the carbonite slabs that he stores his bounties in.

Johan is not the only LEGO Star Wars fan the series has inspired, with this trailer impressively recreating the original version.

Once fans have built their own Razor Crest, they can go back to hoping for an official, minifigure scale release next year…