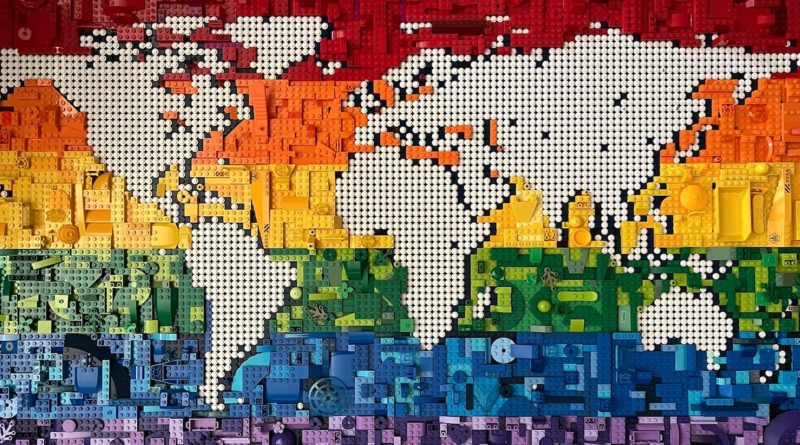 An aspiring LEGO fan has built a unique creation to celebrate Pride month – one that’s even received praise from Matthew Ashton.

We’ve nearly reached the end of this year’s Pride month, but the celebrations are still continuing. Twitter user Ina Fried has now taken to the social media platform to reveal a unique LEGO creation that showcases the annual event. The builder has constructed a multicoloured Pride flag map of the world from numerous individual bricks, pieces and elements.

Fried’s post reads, ‘The last couple of years I have done a #lego creation for #Pride. Here is this year’s.’ The first comment on the post is from the LEGO Group’s Vice President of Design Matthew Ashton who replies, ‘Amazing!’ Last year Fried created a variation on Ashton’s own award-winning 40516 Everyone is Awesome, with Sesame Street and other characters added to the minifigure line-up.

The LEGO Group is currently celebrating Pride month with the A-Z of Awesome, a build campaign anchored around self-expression in the LGBTQIA+ community. The company is also participating at Pride events around the world, such as in London and Munich, and is arranging a number of LGBTQIA+ activities and internal sessions for its employees.