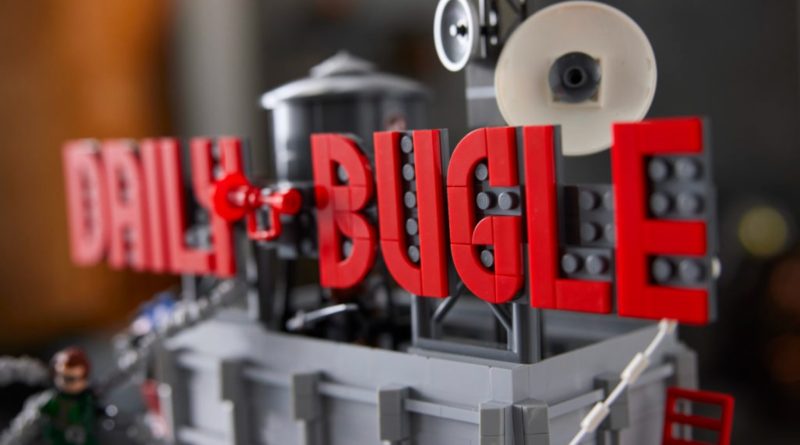 A lucky LEGO fan who stumbled on a $90 copy of 76178 Daily Bugle on clearance at Target shared their find on reddit – and instantly became a social pariah.

The biggest LEGO Marvel set to date usually retails for $299.99 in the US, but reddit user Pisces-32 reportedly found a sealed copy of 76178 Daily Bugle at Target for just $90. That represents a massive 70% discount on its regular price, which is exactly the kind of bargain that genuinely seems too good to be true.

Pisces-32 clearly had the same thought, and published images of their discovery to the r/lego subreddit, asking for advice on whether the set might have been purchased, opened, and then resealed and returned with its contents replaced or missing. (An unfortunate but very much real phenomenon in the LEGO sphere, it should be said.)

The obvious response to that question, of course, is: open it and find out. Provided they’d already bought it, that is – which they quickly confirmed in the comments that they had. But when one redditor asked for an update on how the unboxing went, Pisces-32 responded: “[I don’t know] about unboxing it, more like holding it long-term. Would it’s [sic] value be affected if I open it?”

Cue outrage from the r/lego community.

Where Pisces-32’s original post sharing the photos of the $90 Daily Bugle currently has 905 upvotes, their comment about saving the set for resale has a whopping 1,476 downvotes. The consensus is clear: LEGO is for buying, opening, building and enjoying, not for reselling further down the line, especially if you’ve scored a once-in-a-(set’s)-lifetime deal.

Perhaps the bigger issue, though – and one identified in the comments that followed – was that because Pisces-32 couldn’t verify the contents without opening the box, they might have ended up selling on a dodgy copy of the set to whoever ended up buying it down the line. That would create problems for themselves as a seller, and frustration and disappointment for the buyer.

As reddit user azndestructo puts it: “It’s the fact that he is considering on reselling… which is bad enough as is, but all without knowing that all of the pieces there. This is probably the worst thing possible.” Hyperbolic? Yes. Accurate? Maybe also yes. You wouldn’t want to be on the receiving end of a LEGO set missing half its minifigures or pieces, after all.

To their credit, Pisces-32 did eventually open up the box, and discovered – incredibly – that the contents were in fact all present and correct. Which, in our books, makes this the actual bargain of the century, surely – especially given how rarely previously-direct-to-consumer sets like 76178 Daily Bugle go on sale at all.

If you want your own copy of the LEGO Marvel set – which includes first-ever minifigures of Daredevil, Blade and The Punisher, all of which are likely to increase rapidly in cost post-retirement – head over to LEGO.com and place your order for 76178 Daily Bugle. At full price, sure, but you will currently get two free gifts-with-purchase to sweeten the deal…