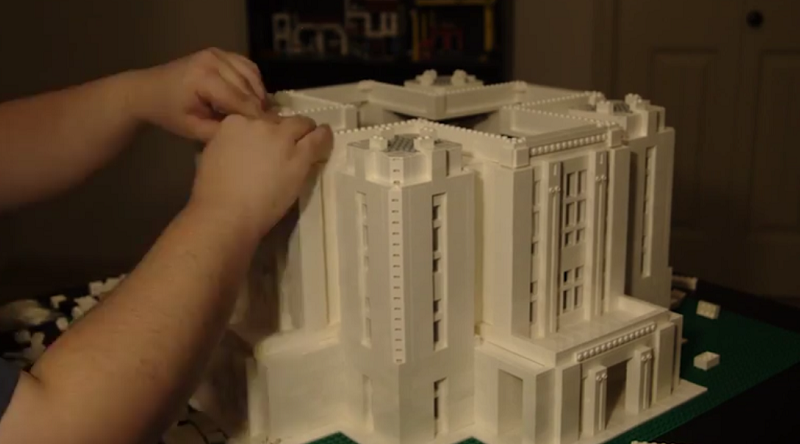 A LEGO builder has released a time lapse video showing him using 5,500 bricks to put together the Meridian Idaho Temple.

Software engineer Ryan Thompson shared a time lapse video that shows him building an impressive LEGO model. He spent 80 hours designing an impressive LEGO recreation of the Meridian Idaho Temple, which is located in Idaho, USA. It then took him 20 hours to put together the 5,500 bricks he used for the model, but he kindly condensed the video replay down into less than two minutes.

The Meridian Idaho Temple is a place of worship built using marble by The Church of Jesus Christ of Latter-Day Saints. Ryan used white bricks to accurately reflect the building’s colour and paid plenty of attention to detail. CAD software aided his design process before he started putting physical bricks together.

In terms of size, the finished LEGO build measures three feet in height, width and depth, making it 1:60 scale compared to the real landmark. The keen brick fanatic has a dedicated LEGO room in which he does his building. It is not his first LEGO church, having built the one he and his wife were married in, which the couple displayed at their reception.