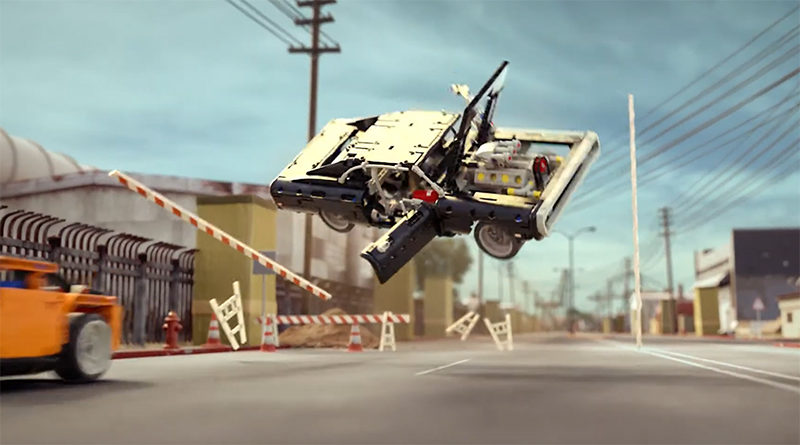 Earlier this year, the LEGO Group launched Technic 42111 Dom’s Dodge Charger. The model is inspired by the Fast & Furious franchise and originally would have tied into the release of the franchise’s ninth movie, which has been pushed back to 2021.

Now, there’s a high octane trailer for the set. The official LEGO video recreates the high octane stunts that Fast & Furious is known for, with dramatic dialogue from Vin Diesel overlaying it.

As the name suggests, the 1,077 piece model builds Dominic Toretto’s legendary 1970 Dodge Charger R/T. To properly capture everything that fans of the Fast & Furious franchise love, the set features details such as the V8 engine, double wishbone suspesion and a wheelie bar.

“The high-octane action of the Fast & Furious franchise has captured the hearts and imaginations of petrol-heads the world over,” said LEGO Designer Samuel Tacchi when the release was unveiled. “We want to inspire people of all ages to explore their creativity through building whatever their passion is, and we know fans of LEGO Technic and the blockbuster franchise love cool cars and adrenaline-fuelled fun.”