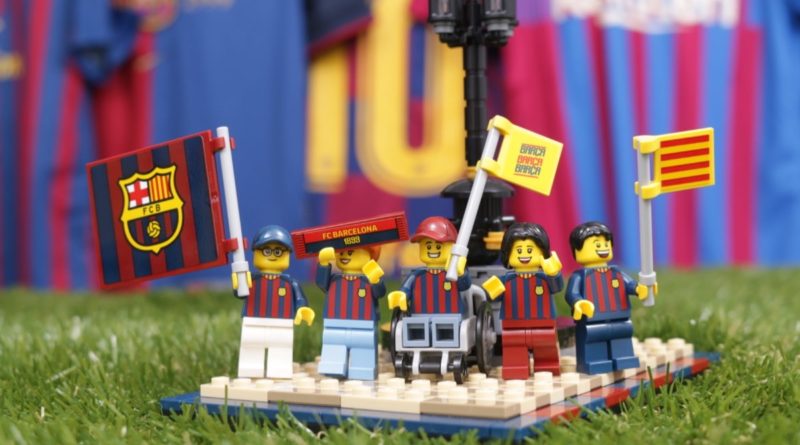 The LEGO Group has extended the promo period for 40485 FC Barcelona Celebration, a gift-with-purchase tied to the newly-launched 10284 Camp Nou – FC Barcelona.

Originally set to end yesterday, the qualifying window for the 178-piece set will now run through October 10, which means you’ve got plenty of time to bag it with orders of 10284 Camp Nou – FC Barcelona. That’s the second football stadium in what now looks to be an ongoing series for the LEGO Group, following last year’s 10272 Old Trafford – Manchester United.

While the new 5,509-piece microscale set doesn’t include any minifigures, you’ll find five in 40485 FC Barcelona Celebration, all decked out in club shirts. The 18+ display model recreates the iconic Font de Canaletes (Canaletas Fountain), located along La Rambla in Barcelona and known for being a gathering point for fans of the historic football club.

You can learn more about the GWP in our detailed review. Supplies of this one have clearly been more plentiful than anticipated – or sales of the bigger Barcelona set haven’t been quite as strong as hoped – as the corresponding gift-with-purchase for last year’s 10272 Old Trafford sold out almost instantly.

By comparison, you’ve now got just under a month to grab 40485 FC Barcelona Celebration, or while stocks last, which could yet be well before October 10. 10284 Camp Nou – FC Barcelona is available now at LEGO.com and in LEGO Stores. Read our full review of the stadium here.