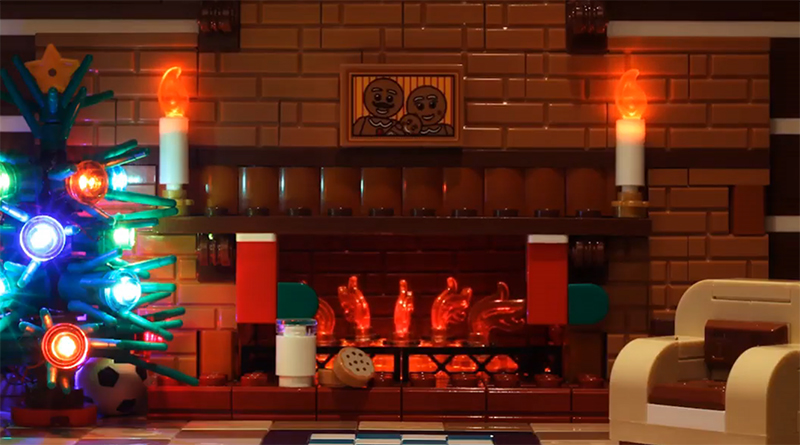 The LEGO Group has launched a 24-7 video on YouTube that sees a brick built fireplace crackling away.

Few people are lucky enough to have a fireplace in their homes in the modern era, so the streaming fireplaces have to be cast to the television instead. LEGO fans can now get their firey fix in blocky style thanks to a new video.

Christmas is almost here – and in this LEGO house, the tree is decorated, the presents are wrapped, the armchair is ready. LEGO flames adorn the candles and fireplace as they dance about to the sound of crackling – for anyone displaying LEGO sets beneath the television, this is the perfect festive fireplace.

While it may seem repetitive at first, there are a few little surprises during the video…

The portrait above the fireplace is one easter egg that references LEGO Creator Expert 10267 Gingerbread House (review), but perhaps not the only one. A smaller version of the set is available now at LEGO.com, with 40337 Gingerbread House free with any order totalling £100 or more (or $100 in the USA).

The video will run until December 26.

Royal Mail has revealed that LEGO sets were the second most request item from Santa Claus this year.