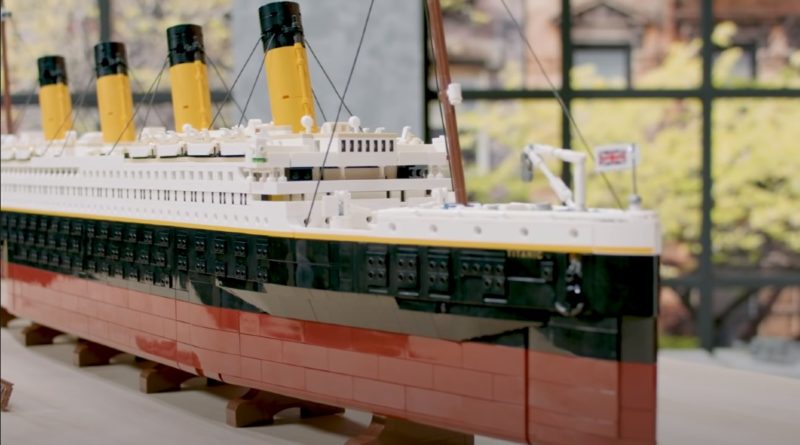 LEGO for Adults 10294 Titanic is one of the biggest LEGO sets ever made, and as such it has received the longest designer video ever released.

Lasting almost ten minutes long, the designer video for LEGO 10294 Titanic has been released, with designer Mike Psiaki taking the lead to tour us through the historic ship recreation.

Featuring 9,090 pieces, 10294 Titanic measures over a metre long and approaches the engineering icon at a smaller but detailed scale. To help explain the history of the source ship, Andrew Skinner from the Southampton SeaCity Museum was invited as a guest to the designer video, making this a rare appearance of someone not from the LEGO Group appearing in one.

“We have the forward mast with a lookout point and then there’s an American flag on the top of that mast,” explained designer Mike Psiaki. “That flag has 46 stars because, in April of 1912, the US flag only had 46 stars on it. This is the level of detail that we’re talking about in this model.”

“Another detail in this set that I’m excited for is the flags. Our Graphic Designer Joanna designed the flags using plastic foil, and then we print on one side of the foil but because it’s transparent you can see the flag from both sides. It also means that we can make a super tiny but detailed flag which helps sell the scale of this massive ship.”

LEGO for Adults 10294 Titanic is available now from the official online store, with stock already running out, proving the build’s popularity.