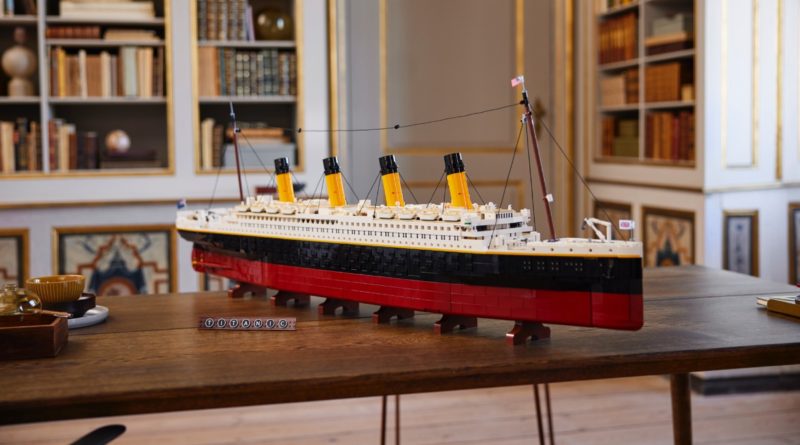 The LEGO Group has officially revealed the long-rumoured LEGO for Adults 10294 Titanic, and it’s absolutely enormous.

Coming in at 9,090 pieces and an incredible 135cm long, the huge ship immediately ranks among the biggest sets the LEGO Group has ever released. It trumps last year’s 10276 Colosseum by part count, is longer than 10221 Super Star Destroyer, and altogether looks like a set you’re going to need some serious space for.

Launching 109 years after the RMS Titanic originally set sail on its doomed maiden voyage, 10294 Titanic recreates the cruise liner’s red, black, white and yellow exterior, along with detailed interior spaces, including the First Class grand staircase, the dining saloon and the engine room.

“At the time of its launch, the Titanic was the pinnacle of nautical engineering; the largest moving vehicle ever created,” said LEGO Design Master Mike Psiaki. “It has been an incredible journey to recreate this iconic vessel from LEGO bricks, using blueprints created over a century ago.

“Designing the LEGO Titanic with such a focus on immense detail and scale, but also accuracy, has allowed us to create one of the most challenging building experiences to date. We know brick-builders and ship enthusiasts of all ages will love building the set and displaying it in their homes.”

10294 Titanic will be available to pre-order from LEGO.com on November 1, ahead of a full launch through official channels on November 8. Check out our extensive gallery of official images for a closer look at all aspects of this landmark model.